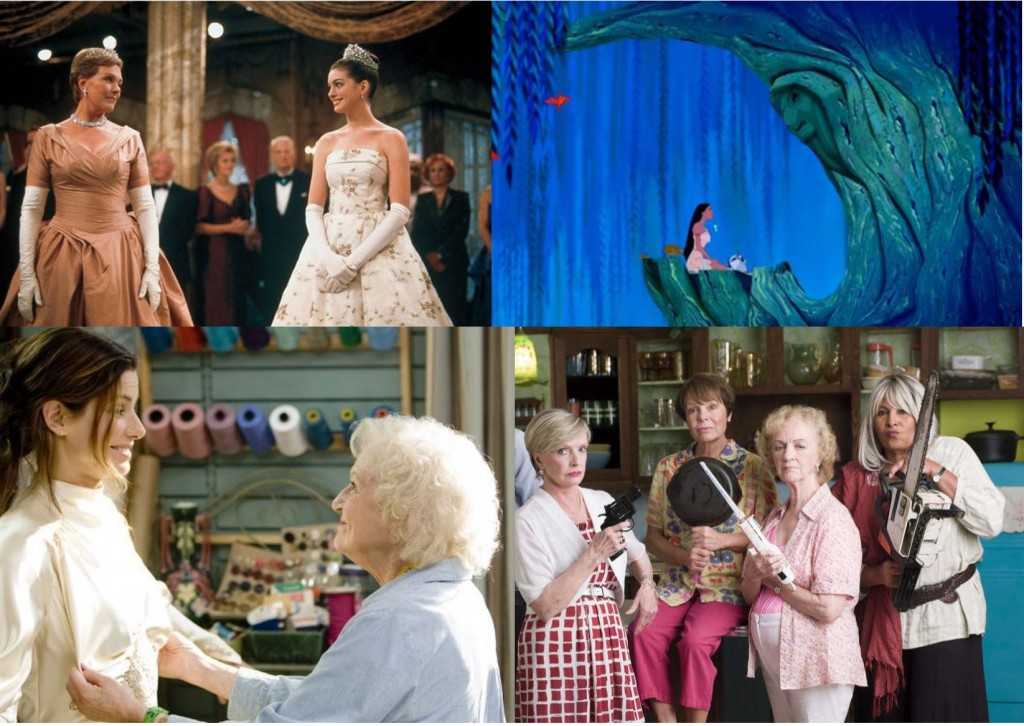 Before seeing “The Farewell”, think of the last time you’ve seen a grandma in a movie- what did she do with her grandchild? Did she cook up their favorite meal? Maybe she was a tree and magically blew some leaves? Or was she a queen that told them they’ve inherited a kingdom? Frail as they may be, grandmas don’t fail to show their power and influence over grandchildren and Hollywood doesn’t cease to show that weakness. Be it royalty, magic, or supreme wisdom, the grandma is there to help solve the conflict.

Every now and then, especially in film, we’ll see a tough grandma that stands up to threats to play up the drama or a loopy grandma that can’t use tech to play up the comedy. Though these personalities motivate a story, it results in grandmas lacking an arch for themselves. As an audience, we miss how grandmas are unique individuals and not a plot device. 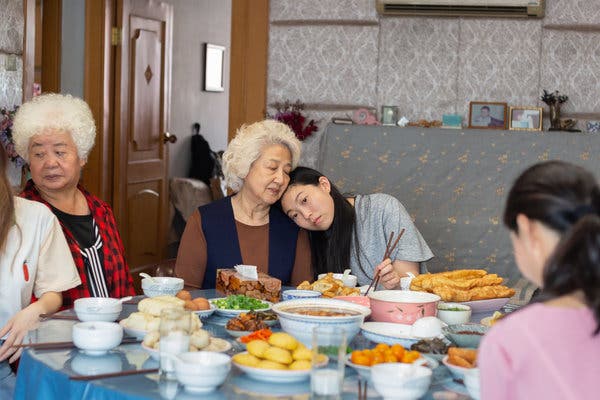 In the case of LuLu Wang’s The Farewell, the grandma is the main conflict. I’ve seen The Farewell several times and with every screening, the same thought would always cross my mind: “Nai Nai’s so weird… and she’s like my grandma!” I mean this with great admiration to Wang or her grandma because I (with the rest of the audience) couldn’t help but laugh when she pesters her grandchild Billi, her grandchild. Over the phone, you hear the familiar fuss to stay warm, be careful of strangers, wear a hat and yet, the role of Nai Nai feels unfamiliar to the usual grandmas seen on the silver screen.  I mean it’s obvious that a grandma’s love isn’t all the same but after watching The Farewell you realize that it’s Nai Nai and her love that sets aside the differences between the East and West.

The Farewell displays a fantastic representation of what someone of the East and West confused on expressing familial love. Wang’s summer indie blockbuster delves into the cultural differences that affect a family from two sides of the globe. What makes “The Farewell” so impactful is that we are given a perspective of something we’ve already experienced: the incapability of telling a family member how we love them. To summarize, The Farewell is a movie about Billi (played by Awkwafina) coming to terms with the imminent death of her Nai Nai (her grandma). Because of Chinese tradition, the family does not tell Nai Nai of her cancer as a way to respectfully carry the elder’s burden. Instead, they throw a wedding to gather everyone for what could be a final family reunion. Initially, we want to side with Billi because it’s her grandma’s right to know about her health. After all, Western values show that families acknowledge the truth and not have to live a lie- or else, face the consequences.  However, the film broadens our understanding culturally, why sharing that information isn’t so easy.

We already know between us and our grandparents, it’s easy to point out our differences based on the fact we’re generations apart.  For example, one of the most interesting representations of a grandma in stories is the grandma from Dostoyevsky’s The Gambler. Technically, she is the wealthy aunt of The General- a widower with financial troubles. Outside her power and status, The Grandmother establishes that she is to be respected in the family. A woman like her holds nothing back and brings awareness to her literal name and title: “Grandmother”.

“All men are crowing cocks, and that is why they quarrel. YOU, though, I perceive, are a blockhead–a man who does not even know how to carry his breeding. Lift me up. Potapitch, see to it that you always have TWO bearers ready. Go and arrange for their hire. But we shall not require more than two, for I shall need only to be carried upstairs. On the level or in the street I can be WHEELED along. Go and tell them that, and pay them in advance, so that they may show me some respect.” 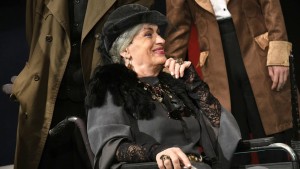 Strong and admirable she is, Dostoyevsky pulls no punches in showing the elder lady’s flaws. She becomes addicted to gambling, has angry outbursts, shuns anyone who is not in her family, and eventually looses almost all her money. Basically, she’s not the perfect grandma’s we’re used to seeing mentioned earlier.

From Babushka with Love 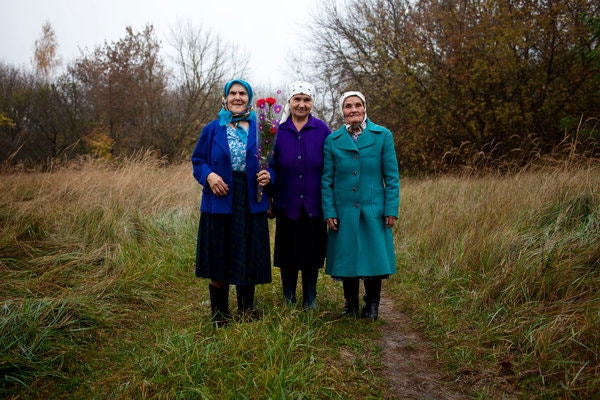 In Russia they say grandmas, or Babushkas, have seen some sh*t.  Yet in the West, we picture a sweet old lady with open arms and a plate of freshly baked cookies in the kitchen. For a country that lies more in the East, Russia shares the familial cultural values that I not only grew up with but also seen in The Farewell. Traditionally, in the past,  at a retirement age at 55, Russian Grandmothers used to dedicate their life to the grandchild. This is still true- to s certain degree – throughout most of the Russian periphery. Similarly, with Eastern values, devoting one’s life to a family is traditionally more important than one’s personal life. Grandchildren and their parents are to show respect acknowledging that Grandma overcame longer years of hardships in order to have a future with them.

Over the Stereotype and Through Hollywood

In Hollywood, we see Grandmas as the angelic old ladies who carry wisdom beyond our years because if they don’t…they’re evil witches. What I love about Nai Nai in The Farewell is that she is a representation for Western audiences to see how love is expressed in the East. It’s an honest way of how she’s good by being there for her family. She is wise but doesn’t know everything about herself. She has a heroic history, but her arch develops on the bond between her family. She’s organizing her grandson’s wedding, but she pulls Billi aside to say, “One day, I’ll throw you and even bigger wedding”. We don’t stop and disagree with Nai Nai for showing more care to the other grandchild, but we empathize and accept her treatment as true, honest love. Unlike the way it’s played up in comedies and dramas, we overlook the generational differences with our grandmas to accept overwhelming kindness. And that’s what having a grandma is whether from East or West: unending, wholesome love.

Talking to my friend after a viewing, we talked about how there was a familiar feeling when we see Nai Nai scold, “Stupid child!” and “You still have fat on you!” upon a greeting. We laughed and joked about how our grandmas would waggle their fingers or smack our heads. But we were certain of one thing: how much we love our grandmas who are an ocean and continent away.

The visual material – fair use  – for educational purposes. Non-Profit Sponsor: From The Heart Productions 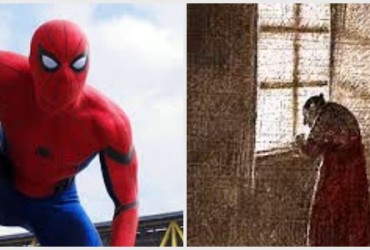 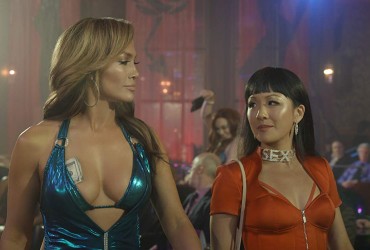 Next Article   Dostoyevsky and “Hustlers”: The Feminist “Crime and Punishment”.