Dostoyevsky Reimagined isn’t the first vlog I’ve experience with. I had one before which consisted of a new friend coming on each episode, rating the aesthetic of celebrities, engaging in random general chat… & there was rubbish CGI (Computer-generated imagery), too.

Some great things about the vlog: they give fans a different platform to learn about VM Production’s material; they humanize the campaign by giving a persona to it; they give fans the chance to be featured, whether it through shout-outs, suggestions, or debates, as part of the campaign, or community as a whole. 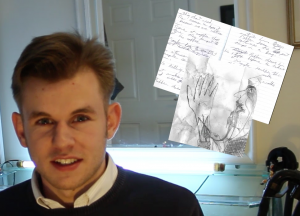 In episode 1, after having introduced the films mentioned above, I move on to the mysterious case of Robert Hurley, an-ex writer of VM Productions who’s gone missing and left eerie, cult-associated trails. As well as perform Dostoyevsky impressions (with beard included), I also cover the benefits to be had from signing up to VM Productions free newsletter.

Brief history of my accent, from posh to ‘farmer’

When I first took a job as a runner for a production company, I put on a posh English accent, opposed to my actual Bristolian one that I now wield with pride. I did this because I was worried my Bristolian–widely regarded as a farmer/simpleton accent–would hinder my prospects in the industry.

And so deciding upon my natural accent for the vlog was a conscious choice. I think it’s being unusual and rare is nice! Besides, disproving the dogma surrounding it is good. 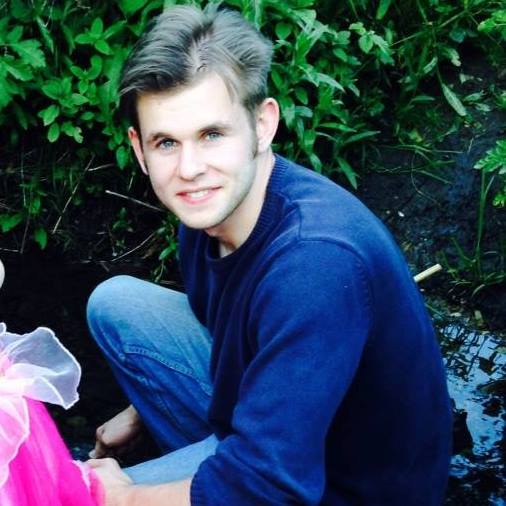 So there’s green in the pic.. Doesn’t mean I harvest vegetables!

Another stylistic choice was the low-key lighting. You’ll notice sometimes, an orangery-yellow light on my face, slightly creating the impression you’d get from a camping trip leader, holding a flashlight under his chin to add eeriness to his ghost story. I think this looks good, considering the occasional subject material of murder or mystery, and especially when I do the Dostoyevsky impression/quotes.

With the CGI, most notably the ‘Dostoyevsky beard’, it’s not all that great. For a better quality beard animation, I could create more frames and move them more accurately; I could adjust the lighting, creating shade where suitable; I could trim the beard so that only ‘hair’ was visible and not little bits of the white background…

To sum it up, that’s another choice on my part. Practically speaking, it saves hours of time…

But so too could they have similarly on Home Improvement, the 90’s show starring Tim Allen . The animation they used is basically comforting in it’s simplicity and innovation.

Mine isn’t innovative (besides, I’m not an animator!..) But I like the simple CGI anyway. Anything more isn’t necessary here.

I suppose it’s a bit strange setting up my Canon 7D and sound recorder, to then talk alone, for after having said each line, there’s silence… To some people who say ‘I could never do that’ and who’d like to, it’s like training at the gym, because you’re not seeing the end result there. It’s once your muscles have healed that you see the bounties of your effort. With the vlog, the filming could be the lifting weights, the editing could be the resting and consuming healing nutrients, and the improved upper-body could be the final episode, published and suitable for being seen.

I encourage you to watch my vlogs, so we can make something of a community/family based around the fruits of VM Productions labors. What’s more, why don’t you get in touch to arrange a personal interview!?

Look forward to hearing from you! 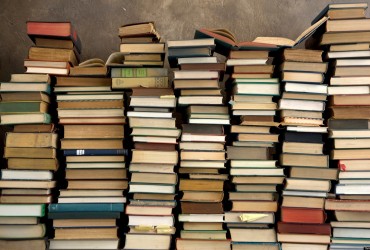