Yesterday, I was working with my uncle, helping him renovate a garden on one of his properties. Towards the end, after we’d practically finished, Phil, the skinny, unkempt next-door neighbour stopped by and chatting ensued.

We were exchanging banter; I hadn’t seen Phil in a long time, so jokingly in response to his asking how I was, I told him, “Well, I’m rich now” and then pointing out over the Avon river and the famous Clifton Suspension Bridge and added, “I own all of that”. 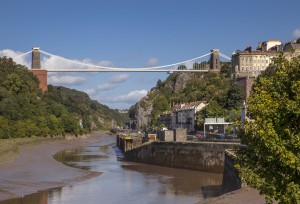 He responded, “That’s impossible because I own the world.”

It was already becoming a bit juvenile, and so disheartened I said, “I don’t know whether to go deeper or draw the line there”.

Phil and I aren’t the most compatible and knowing this, Phil, no questions asked, naturally moved on and spoke to my uncle.

A few weeks previous, Phil had done some bad labouring for my uncle. He had been hired to lift bricks and break a sweat, not light a “spliff” (a.k.a. a joint) and induce regret in my uncle.

Anyway, after having a bad confrontation with his landlord, Phil was wound up. Although he was civil with us at first, Phil exclaimed how he’d told his landlord, “Let’s fight or talk to resolve our problem”. He then told us, “I don’t care who it is, my landlord! You! Whoever, I don’t mess about” explicitly incorporating my uncle into his list. The reason for doing so is because he held slight contempt for my uncle, believing he was due £20 for his effortless services.

Slightly threatened and with adrenaline bubbling, opposed to rationalizing the vulnerability of Phil, my uncle decided to engage in a conversation about who’d beat who in a fight, leading to his inviting Phil to demonstrate his “martial arts” abilities. This in turn led the two of them into unconsciously emulating the middle-aged battle featured in Bridget Jones’s Diary (2001, Sharon Maguire)-minus the posh accents but with all the unsightly primitivism.

At one point during the scuffle, my uncle had lost the upper hand and conceded a pin, where Phil was briefly able to hold him down. That moment, along with a deduction of composure and maturity, was my uncle’s punishment for inviting the poor Phil into duel initially! It would seem as though their pre-civil ancestors had a genetic influence; proving who’s the alpha male became a top priority, giving in and reaping the embarrassment was their crime and punishment. 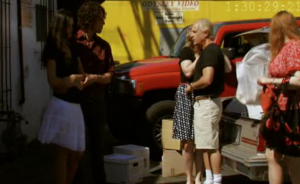 Not succumbing to Rich Guy

In Notes from the New World (2011, Vitaly Sumin) a similar interaction of male vs. male is featured at the end. Rich Guy, Bob, is antagonistically winding up The Poor Guy, Steven. However, instead of responding like a good homo sapien would have 100,000 thousand years prior,  Steven unviolently and respectably ignores the fiend, despite his pestering ways, and withholds from attacking him.

Though difficult to swallow at first, Steven ends up the better man with respect to his circumstance, considering he ends up driving away with the woman he loves. The bad guy, Bob, inevitably gets his comeuppance: he antagonizes Steven and later realizes he was responsible for the manslaughter of another man, this is Bob’s crime and punishment.

Often we’re conscious of two paths for crime and punishment. There’s the path where the fiend tempts us and is punished, or the path where we give in to said fiend, and that is our crime and punishment. We’ve all denied the devil, like Jesus did in the wilderness, and we’ve succumbed to it, also like Jesus did when condemning towns to hell for not revering his miracles (Matthew 11:20-30)-(why didn’t he practice his own preaching of, “Forgive them father, for they know not what they do”?).

I suppose it’s about picking your battles and trekking on.

In his latest project, Dostoyevsky Reimagined: The Making of Notes from the New World, it would appear as though Vitaly Sumin and the rest of the cast and crew have picked a battle with subject matter so foreign, that dealing with it is either denying the temptation to remain ignorant, or it is succumbing to the temptation of trouble. 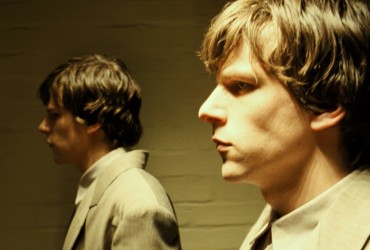 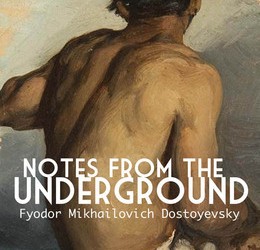