Our new movie is about to be completed!

Dostoyevsky Reimagined: The Making of Notes from the New World is an intimate exploration of the creative process.

Behind-the-scenes documentaries are typically made only for major commercial releases. At least it used to be that way… Doing so for an independent film presents special challenges –like sketching seascapes while storming the beach at Normandy.

But since the story behind the camera can rival the story in front of it, I decided to document the proceedings despite the challenges. To provide a holographic perspective, I shot new footage of the production in progress which is combined with existing footage – from historical sources, from the production itself, and from my previous films.

I would like this documentary to inspire viewers to follow their chosen paths, however unconventional. It’s about the making of a non-mainstream film, but more than that it’s about the art of the impossible.

Besides inspiring viewers, Dostoyevsky Reimagined will serve as a crash course in the nuts-and-bolts of independent filmmaking. Nothing is held back. We even show our errors of judgment that nearly led to disaster and the strategies we employed to hold the production together against all odds. For those who are interested, there’s an added bonus – the viewer will learn something about Fyodor Dostoyevsky and the relevance of his work for our time.

And perhaps most importantly, this behind-the-scenes documentary will provide the viewer with a front-row perspective on the passion behind the process.

Right now I’m started to get a familiar feeling – soon this movie would no longer belong to me. Was it worth making? Let us know. (And of course we’ll keep you posted on our progress as we head toward completion.) 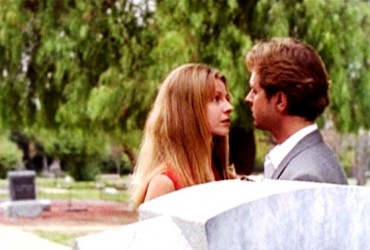 Next Article   What do these two pictures have in common?