In hindsight, debating the merits of the film noir canon will inevitably shape the way we see both the works that defined it and those that, perhaps indirectly, influenced its ambiance and unique visual flair. For all intents and purposes, an unceremoniously tacked on happy ending might be a betrayal the genre’s core characteristics. But this thing we call noir is often a strange, sexy beast. You never know; the darkest of all places might be right under the shiniest of lights.

Take Fritz Lang’s The Woman in the Window, for instance.

Despite generally favourable reviews, it has always seemed to play second fiddle to its much darker and twisted sibling Scarlet Street, the German director’s genre-defining work from a year later. Some critics even go as far as calling the 1944 film a sort of tamer dress rehearsal for the 1945 masterpiece, seeing as it brings back the same director, leading trio and cinematographer (Milton Krasner), on top of the films’ thematic similarities. This all too happy conclusion, critics say, definitely goes against the bleak chiaroscuro nihilism that has made this genre great.

One often cited theory suggests that Lang decided to give the film a rather dream-like coda as a form of self-censorship, given how strict the Production Code was back in the day. Lang instead has repeatedly told interviewers that this finale was his original intention, perhaps due to his obsession with authenticity – this, supposedly, is the same guy who pushed M’s Peter Lorre down a flight of stairs to make him look the part and not just method act his way out of it. But regardless of where the truth may lie, why not look beneath the surface, and observe what this final offspring of the stern and obsessively detailed genius behind Metropolis has given us?

Professor Richard Wanley is the epitome of middle-class ennui: as we join him, he is (foreboding irony of all ironies) lecturing students about how murder is not as clear cut as you’d think, in the eyes of the law: self-defense and premeditated murder are hardly on equal footing, whatever Biblical injunctions might admonish us to do. As he bids farewell to his wife and children (off on a summer vacation to Maine) with maudlin niceties, nobody would expect him to end up as the culprit of a somewhat heinous murder, albeit committed in self-defense. Leave it to the allure of a mysterious woman he saw inside a painting, staring at a window, who had now materialized into his reality. In every sense of the word, given his predicament.

That Lang chose what many consider a cop-out ending to the poor professor’s vicissitudes is actually more interesting and, in a way, illuminating. Especially when you keep the man’s career in mind. Had he just let his protagonist plunge into the darkness of his ultimate decision and given him no redemption, this would have probably concluded as just another excellent noir the era has produced. But instead it ends as an iconic precursor of the recurring themes that would shape noir films for decades to come: if the reality the director presents us with at the beginning and end of the film are more akin to the kind of morality play you’d expect from melodramas, that dream-like parallel world made of blurry ethical lines, sleazy ex-cops and femmes fatales shows us what would eventually define this genre.

There you have them, the roots of film noir pulsating inside a deceptively boring bourgeois professor’s everyday reality.

This was screenwriter Nunnally Johnson’s first producer stint for his newly launched shingle International Pictures, born after the success of John Ford films like The Grapes of Wrath. Loosely adapted from J. H. Wallis’ Once Off Guard, what was a rather dull story of the middle class’ all-too-rational fear of indulging in freedom becomes an intoxicating, dreamlike journey into the decadence of necessity in the hands of Johnson, Lang and Krasner. They craft misty domains drenched in cigarette smoke, sleazy conmen playing with scantily clad young women who know one more than the devil, and an irresistible tension surrounding a poor, “ordinary” man’s tentative to escape from all this with his reputation intact.

It’s easy to dismiss the cast given who was behind the camera, but this film couldn’t have worked without Edward G. Robinson’s towering performance as Professor Wanley, slowly descending into an opportunistic frenzy that almost reminds of his previous hoodlum roles for Warner Brothers. He’s well supported by the radiant Joan Bennett and the suitably sleazy Dan Duryea, a trio who reunited a year later in Scarlet Street.

The Woman in the Window might have needed a cop-out finale to do so, but it shows us the world of noir from the eyes of a man enthralled by its allure. Just like us, staring at the window and being seduced by those almost surreal shadows and lights.

THE WOMAN IN THE WINDOW
A film by Fritz Lang
Starring Edward G. Robinson, Joan Bennett, Dan Duryea, Raymond Massey
Screenplay by Nunnally Johnson (based upon J. H. Wallis’ Once Off Guard)
Produced by International Pictures 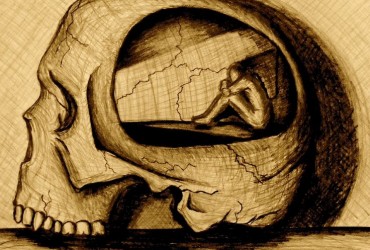 Previous Article The Missing Screenwriter: Diary of a Madman 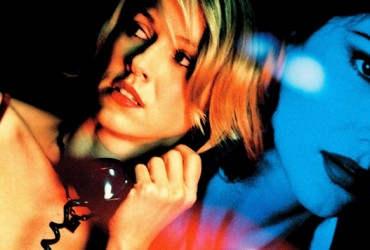 Next Article   TRIVIA FRIDAY: What Are The Best Neo-Noir Films of All Time?