In our upcoming vlog post (currently in editing) by Carolyn Ho and Kate Penney , we compared Raskolnikov, the tortured hero of Crime and Punishment, with a star of contemporary pop culture, Spider-Man, using the concept of vigilante justice as a lens. Below is an edited version of the vlog script.

Stills from the forthcoming vlog (Kate holds the book)

Both Raskolvnikov and Spiderman operate under the notion of vigilante justice. The dictionary defines “vigilante” broadly as “a self-appointed doer of justice.” The term is from the Spanish word for “watchman” or “guard” and entered the English language sometime in the 19th century.

The creators of Spiderman and other comic book superheroes were familiar with the idea of vigilante justice and based their characters upon the notion of an individual who, because of his or her superior physical powers, has a right and a duty to commit often illegal and violent acts for the good of the social whole. Peter Parker does this every time he puts on his mask and uses own superior powers to fight for good and punish evil.

Stills from the forthcoming vlog by Kate and Carolyn

Dostoyevsky, a 19th century Russian, would have been unfamiliar with the term “vigilante,” but he was clearly familiar with the concept. Raskolnikov, though he lacks superpowers in the literal sense, believes himself to be above the law by virtue of his own extraordinariness. He publishes an essay titled “On Crime,” in which he argues that “there are certain persons who can…that is, not precisely are able to, but have the perfect right to commit breaches of morality and crimes and that the law is not for them.”

Here, it is not the powers or ability necessarily that matters–whether they are literal superpowers like Spiderman’s, or just extraordinary intelligence like Raskolnikov’s, but because these individuals have the physical or intellectual powers in the first place that not only gives them the right to operate outside and above the law, but also the duty. Often, these people will be misunderstood, ostracized and even thrown in prison in their own time, but as Raskolnikov argues in his essay, “the masses will punish them or hang them in the generation…but the same masses will set these criminals on a pedestal in the next generation and worship them.” He concludes that “all great people must by nature be criminals.”

So is this theory correct? Do great individuals not only have the license but the duty to commit breaches of morality in order to honor justice and protect society at large? Spiderman lore and superhero lore in general, seems to point to, well, yes. Spiderman’s violence is portrayed as heroic sacrifice.

This is the major difference between Spiderman’s vigilantism and Raskolnikov’s vigilantism. After Raskolnikov reasons that he is indeed one of the chosen few who have a right and responsibility to breach morality and the law, he commits his violent deed. He kills the unlikeable and immoral pawnbroker, Alyona Ivanovna, reasoning that she is a parasite on society and that the social whole would be a lot better off without her. In Spiderman’s universe, this would be the end of it; a vigilante does the necessary deed, tragic though it might be, and everyone, including him, is better off for it . This is exactly the opposite of what happens in Crime and Punishment. Much of the rest of the novel chronicles Raskolnikov’s psychological torment about the murder until at last he confesses at the end. He cycles through feelings of guilt, temptations toward the freedoms of confession, terror about being found out, and his renunciation of the philosophy that led him to the murder in the first place. The Raskolnikov at the end of the novel–a repentant man in Siberian prison–is a much different man than the murderer at the beginning. The narrator says that “this is the story of the gradual renewal of a man, the story of his gradual regeneration, of his transition from one world into another, of his initiation into a new, unknown life.”

Murder, even murder that is supposedly rationally justified, is not something that exists in a harmonious social order, and certainly not within an individual, extraordinary intellectual powers or not. Indeed, the entire narrative of Crime and Punishment hints that the vigilante idea is just that–an idea, better left outside of real life and inside fiction and the stories we tell ourselves, but never act upon, like the world of Spiderman.

Here’s the first 1 minute of our forthcoming vlog  – currently in editing:

VM Productions is happy to announce that the pre-production of our feature length project Crime & Punishment, LA – following by the shoot of the movie – is scheduled to begin on Tuesday, September 8th 2020 in Los Angeles! http://www.vmpfilms.com/#August_

The visual material – fair use  – by VM Productions & Kate Panney 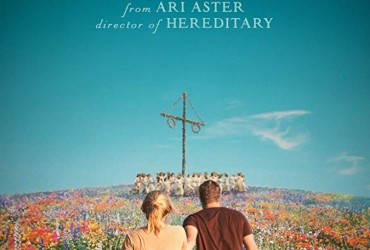 Previous Article Is Dostoyevsky as Scary as Midsommar? 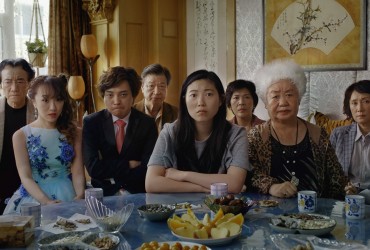 Next Article   Grandma Got Run Over By Drama