For all the amazing screenwriters that have graced audiences with their written words come to life on screen, some of the most amazing stories are the real ones that seem too unreal to be true. Stranger than fiction documentaries capture viewers attention by not fabricating a fantasy world on screen, but instead pointing out how absurd our own is. The subjects of these films normally are so bizarre and twist-filled that leads you to believe that it has to be real because there’s no way anyone’s mind could have made it up. Stranger than fiction documentaries are fascinating rides in examining the oddity of human nature and bizarrely captivating stories that happen on our planet. If a camera wasn’t set up to record these moments, they would be lost to legends due to their unprecedented nature.

The viewing experience for a stranger than fiction documentary is unlike any other. More than other documentaries and even narrative features, stranger than fiction docs strive to evoke a plethora of emotions and leave audiences questioning the world in which they inhabit. While these “unbelievable” stories can have serious moments that can break your heart, it is usually coupled with humor in trying to make sense of how something of the sort can actually be true. Stranger than fiction documentaries allow audiences to compare their daily lives to other real individuals, usually not like themselves. The viewer can stare at the absurdity through a sociological lens while simultaneously getting carried away with the filmmaking techniques and message. This effect creates a strong impact with audiences, not only allowing them to reflect upon the strangeness they just witnessed but also upon their own personal life. After this reflection is completed, stranger than fiction documentaries spread like wildfires as viewers want their friends and family to see the unbelievable reality for themselves. Explaining it themselves simply doesn’t do it justice.

Most documentaries are interesting in one way or another, but there are only a select few that enter the realm that is “stranger than fiction.” Rather than have the filmmaker’s intentions seen throughout, these films are fluidly changing with the absurdity as it goes. The following stranger than fiction documentaries are known for their astonishing stories and remarkable true twists and turns.

In a year riddled with unpredictability and the bizarre, Tiger King perfectly reflects 2020. The Netflix docuseries has become so widely popular people already have their Halloween costumes of individuals on the series picked out. Originally titled Tiger King: Murder, Mayhem, and Madness, the show did not fall short of three eye-catching descriptions. The seven-episode series chronicles the events of G.W. Zoo that led to former owner Joe Exotics arrest for attempted murder. The show highlights the unique employees at the zoo and three eccentric individuals in the big cat community.

The series is compiled of archival footage and talking-head interviews reminiscing on such events as a staff member losing his arm to a tiger, the notorious battle legal battles between Joe Exotic and Carol Baskins of Big Cat Rescue, and the many crimes the subjects allegedly did and did not commit. Tiger King is mind-blowing from the very first episode and showcases how easy it is to be corrupted by money, power, and having control. One of the series best features is exposing the cult-like nature of these big cat communities. Though controversial for many reasons such as a reckless presenting of unproven conspiracies, Tiger King never sets the stage as a battle of good vs. evil. Those in power in the series are not to be rooted for. Though these individuals are flashy and charismatic, power and all that comes with it is always their driving force and as their stories don’t add up with one another, audiences are left to not know what to believe other than the absurdity that was somehow caught on tape.

Whenever something seems weird or a little off about an unusual event, chances are is that something unbelievably insane is happening behind the scene. No greater recent documentary captures this phenomenon better than Tickled. The 2016 New Zealand documentary follows tv reporter David Farrier’s stranger than fiction story of exposing the truths behind competitive endurance tickling. Farrier’s journalism focused on “quirky and odd stories” which led him down the rabbit hole of internet competition videos of undressed young men restrained and tickling each other for sport. After reaching out for an interview with the videos’ producer Jane O’Brien Media, Farrier is responded with a hostile email full of homophobic slurs/attacks and threats of legal action. Parenting with television producer Dylan Reeve, the pair set out to uncover the truths behind Jane O’Brien Media and competitive endurance tickling. What they find are answers darker than anyone could have imagined and twists that leave audiences questioning how such a thing could be real. The film premiered at Sundance and has received significant critical acclaim for the unprecedented storytelling in journalism. Though the film features a lot of dark truths for audiences to wrap their mind around involving the dark behaviors of people online, Tickled represents how effective stranger than fiction documentaries can be in digging into taboo subjects.

Three Identical Strangers baffled audiences across the globe in 2018 in its retelling of the story of how brothers David, Eddy, and Robert discovered they were identical triplets separated at birth. Part archival footage, part talking head, and part recreation, Three Identical Strangers has the incredible effect of not only having audiences believe a remarkable and strange story but also having them have an internal crisis wondering if the events of the film could have also happened to them. The story of how the brothers met each other is as amusing as it is miraculous. In the slimmest of chances, two of the brothers attended the same college at different times but one person in their dorm recognized one brother and mistaken them for someone else. This mistake led to a spiral in uncovering a secret twin and after the press got involved the third brother to complete the set. The beginning of the film is cheery as audiences get caught in the joy of the brothers even in the midst of the absurdity of how such a thing could be possible. However, just like the triplets discover each other, the film along with its subject discovers the unnerving hidden truth of their separation and the consequences separation at birth can have on one’s mental state.

Three Identical Strangers brilliantly showcases how stranger than fiction documentaries can work in engaging audiences in ways that other films cannot, while also hammering home its lesson in its own unique way. Structuring the brothers’ strange story parallel to the structure of the film audiences are caught up with the craziness just as the subjects are. We experience the intense emotional rush of bizarre coincidence and joy that follows, while also asking ourselves the same questions these characters did years ago. Once the drama unfolds and questions get answered, the audience is swept off its feet with devastating stranger than fiction twists that would be difficult for any narrative writer to write. The discovery of the film is more than unsettling and leaves audiences questioning how those in power would do something like this. Three Identical Strangers uses its stranger than fiction story to be an entertaining film while also educating audiences on a hidden American secret.

Grey Gardens is the quintessential stranger than fiction documentary told using direct cinema. Growing in popularity in the 60s and 70s for its fly on the wall filmmaking, direct cinema attended to capture its subject without any interference. Without the talking head technique or forced conflict, direct cinema is intended to be as authentic as possible in capturing subjects in a naturalistic way. When pairing this direct cinema style with a stranger than fiction story, one of the most iconic and fascinating documentaries was created in Grey Gardens. With no intended plot,  Grey Gardens captures the strange daily lives of the Edith Ewing Bouvier Beale(Big Edie) and her daughter Edith Ewing Beale(Little Edie), as they live in poverty in the mansion known as the Grey Garden estates. As the Aunt to First Lady Jacqueline Kennedy, Big Edie lived a life as a debutante in the 20’s and moved into the estate purchased by her husband. After leaving Big Edie and her daughter lived in the estate alone for over 50 years through the early 70’s the living conditions of the house dramatically deteriorated letting in wildlife such as fleas and raccoons, a copious amount of trash, and no running water.

What makes Grey Gardens a stranger than fiction documentary is how the direct cinema style captures Big and Little Edie’s stranger than fiction lifestyle. Direct cinema allows the women to tell their story through their actions and the audience is left utterly speechless in the ways they live their unique life and examine their mental psyche. Stranger than fiction storytelling is an important analytic tool in this way, by allowing the viewer to have distance from the strange authentic spectacle, giving them the opportunity to examine why human behavior and one’s psychology are in such a state. Grey Gardens pioneered how documentary films could be used as psychology tools when exploring themes and stories that differs from the safer norm.

Behind all great stranger than fiction documentaries is an element of mystery. As the inciting incident, a mystery sparks both curiosity and excitement for the documentary subjects at the time of filming and as the viewer watches for the first time. When this confusion and mystery is captured in real-time on film, a certain cinematic magic happens that can’t be matched by any work of fiction. Currently in post-production, Dostoyevsky Reimagined: The Making of Notes from the New World is the perfect combination of this stranger than fiction mystery caught on camera at a once in a lifetime moment. Instead of individuals retelling the extraordinary events about the making of director Vitaly Sumin’s Notes from The New World, Dostoyevsky-BTS showcases the unbelievable footage from the set of the film when screenwriter Robert Hurley went missing. Dostoevsky-BTS tells the story of the missing screenwriter and the “see it to believe it” story following his disappearance. The behind the scene footage of Dostoyevsky-BTS is unlike any other, as it captures a mystery as it happens while following the remarkable twists and turns of how Robert Hurley’s crime writing is connected to his own personal life. Dostoyevsky-BTS speaks to the mystery fan in all of us and the footage captured makes this stranger than fiction story a must-see cinematic experience. 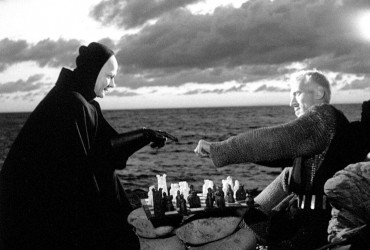 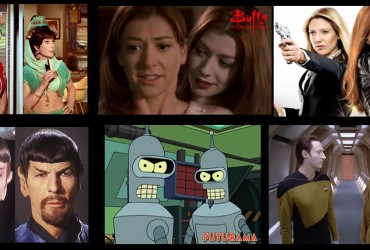 Next Article   Double, Double, Toil and Trouble: The Doppelganger in Pop Culture