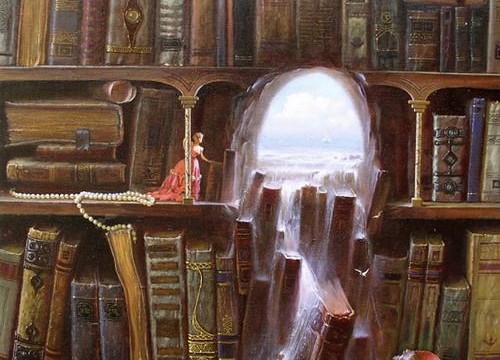 First of all, I want to say that this article isn’t a review of these books, nor am I so arrogant to say that I’ve discovered their hidden meaning that no one else has seen before. I think that every book–or movie for that matter–leaves a different impression on different people at different times, so everyone has been touched in different ways by a different stories. So this is simply my opinion on the books and the changes they provoked in me.

When I started working with VM Productions, I asked myself why was I so enthusiastic about this project. And the answer was that I like reading books, especially Dostoyevsky’s books, and I like movies. So, working on a movie that is based on a book by Dostoyevsky was more than enough reason to be excited. As it happens, one of the books that had the biggest influence on me was Crime and Punishment.

What kind of person are you? What are you capable of? What are your goals in life? What are your ideals? What do you live for? What would you die for? That brings us to the second book, Fight Club by Chuck Palahniuk. After I have made a search for my identity, after countless thoughts and ideas, after countless sleepless nights, I met Tyler Durden who tells me that I`m not my work, I`m not my car, I`m not my bank account, and in the last few years I’m not my likes on Facebook. As he says, no matter who are you and what you are capable of, all that matters is what will you do in a bare-knuckles fight against another man. I think that means that no matter what job you are working at or how much money you have, the only important thing in your life, the only thing that defines you as a person, is your survival skills.

But, since we are not hunters and gatherers anymore and we live in big cities where our survival is not the same survival as in the ancient communities, we’ve kind of lost the meaning of life. We are not survivors anymore, but consumers. And we consume and consume without even appreciating the consumed goods and with that we stopped appreciating our lives. So that`s why people enjoy fighting each other, because for a few minutes their existence seems threatened and they need to fight harder to survive. By throwing themselves into situations where they can see their weaknesses they become stronger

Those who were afraid to try never learned how far they could go. Those who were comfortable with their stable lives and never risked that stability never discovered anything new about themselves and never fully lived. That`s why Paulo Coelho in The Alchemist urges you to sell your sheep and follow your dreams, no matter how foolish or unachievable they may seem. In the end, you might even realize that your fortune has been right in front of your nose but you had to go to the end of the path to realize it. Plus you`ll get to see things that you wouldn’t normally see, things that will change you forever.

If I could put all three books into one sentence it would look like this: Search for yourself, work on yourself, determine yourself, don`t define yourself by what you have but by who you are, and start the journey for your identity as soon as possible because you can`t learn anything new about yourself without trying new things. No matter how hard it is, no matter how low you get, if you are persistent enough you will reach your goal.

Josif has a BA in translating from the prestigious Macedonia State University Cyril and Methodius . He works as filmmaker for the local studio. Recently Josif has produced and directed his first short film. Here what he’s saying: "-My professional goals are writing and film-making. I am still not sure what carrier I will pursue, but I definitely know it will be something with writing or film-making or, most likely, both." 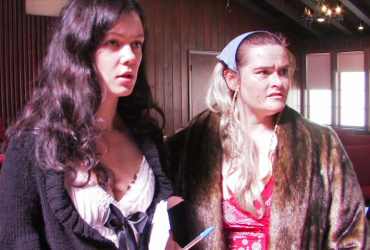 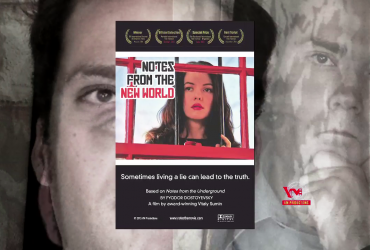 Next Article   Production Notes: Vlogs, The Missing, And The Fear