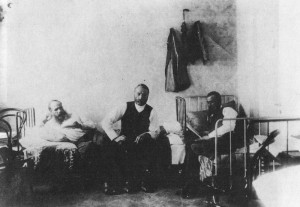 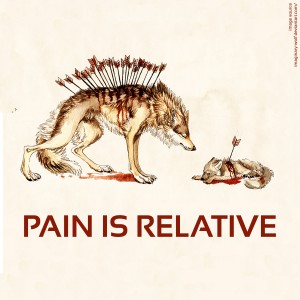 In Notes from the New World, The Poor Guy (Nathanael Theisen) is method acting as the Russian novelist Fyodor Dostoyevsky for a play he’s been commissioned to play in. The Rich Guy (Jerry Prager) is the one commissioning The Poor Guy to live alone, rehearse everyday, and immerse himself in Dostoyevsky literature. The Rich Guy has set cameras up all around the house The Poor Guy is living in so that he may write the play around his sometimes solitary–at other times–collective improvisations. The Poor Guy, however, has only been made aware of one camera in the living room, and so the unethical nature of The Rich Guy is evident. The Rich Guy believes a better play will come about from these covert methods; this is similar to when government’s spy on the lives of people for reasons of utility e.g., to intercept terrorists. The difference of course is that The Rich Man is presumably withholding his intrusive activities for capitalist, self-motivated reasons, and thus he is more unjustified in doing so. 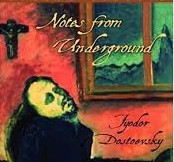 In his novella Notes from Underground, Dostoyevsky’s Underground Man talks of how society has progressed since the days of Ancient Egypt, exemplifying the dissimilar way leaders of old (specifically Cleopatra) would mistreat their subjects: 2,000 years ago, leaders like Cleopatra would stab their slave girls sadistically, out of boredom. It is the evolution of civilization that weeds out these misdemeanors, or so The Underground Man philosophizes.

How does one measure the varying degrees of fiendishness from one civilization to the next, after having considered the drastically different mindsets of the victims for example? I.e. A person raised in Saudi Arabia expects their thieving hand to be cut off, and they’re surely more prepared than an Englishman would be if faced with the same form of punishment, for they are not accustomed to it. And so, although Cleopatra’s stabbing of her slave girls is cruel to most, we do not all dislike it equally, and counter-intuitively may dislike it more than the slave girls, themselves, because of their conditioning, not to mention the shelter they’d receive from the heat and the being in close proximity to Cleopatra, their goddess. 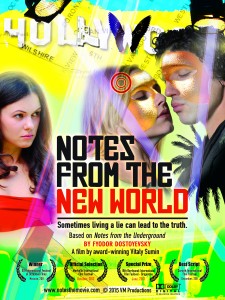 To go back to The Rich Guy’s misdoings in Notes from the New World, in the greater scheme of things, his unethical spying on The Poor Guy is not that bad, especially when one considers the idyllic conclusion The Poor Guy is treated to by Vitaly Sumin (the writer) where, with his soul mate, The Angel (Natasha Blasick), he drives off into the sunset joyfully. Then again, it is reasonable to presume that The Rich Guy’s deceitfulness will be regarded equally as bad as Cleopatra’s sadistic stabbing to some in society, like the most pious monotheists of today, for example, who despise lies as much as they do torture-if not more so when they’re living directly in accordance with the ten commandments (torture isn’t mentioned).

For some, Cleopatra’s stabbings and/or the lying Rich Guy from Notes from the New World are analogous with a modern plutocrat who avoids paying tax through offshore tax havens; a business magnate who uses his monopoly of the media, including television and newspapers, to propagate news of which he has vested interests; a construction business owner who exploits migrants, paying them half the usual wage, forcing them to live in cramped and sometimes horrid conditions, all the while depriving the local populace of employment.

I simply wish to highlight that adversity is relative, and there are a multitude of mindsets out there, which react differently to the same instances. Perhaps, the more closely synced we are with respect to our pet peeves, the more effective we’ll be in ridding the world of them. So let us bear one another’s burdens a bit more, as Christ (and surely many others) would have wished us to.

This may involve bosses who stab our neighbors for fun, or perhaps lie about their job description as is the case for The Poor Guy in Notes from the New World; may we consolidate accordingly.

IMDb: Dostoyevsky Reimagined: The Making of Notes from the New World 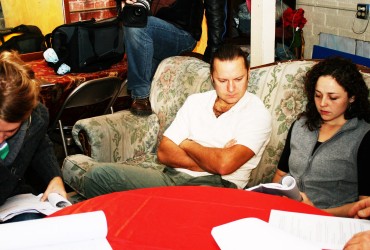