Home  /  Dostoyevsky Reimagined  /  Being a Spectator: Charm of Behind-the-Scenes 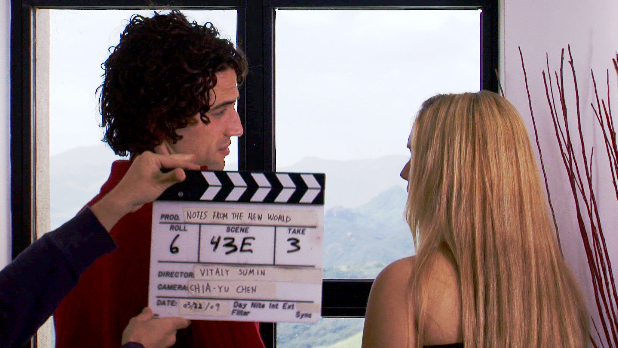 Unknown is attractive. Thus, throughout history, people were always drawn to the unknown. In fact, the cinema world created a genre called “mystery”, as well as behind-the-scenes to honor the unknown. What is going on behind the closed doors? Who is behind all of these? When Edison filmed a series of kinetoscope films between 1894 and 1896, these films quickly became a great success. Especially Seminary Girls. In this short film, girls in the dormitory have a pillow fight. The movie was a big breakthrough. Because, until that moment, nobody knew what was going on behind the closed doors of a girls’ dormitory in 1894.

Since, history kept repeating itself. People kept wondering what happens behind the scenes. With cinema coming into our lives, it became easier to have eyes and ears everywhere. Unknown areas and behind-the-scenes are easier to watch more than ever. It is intriguing, and more; it is charming. That is why, Vitaly Sumin, an award-winner director decided to show behind the scene struggles of his award-winning movie. Notes from the New World (2011) which was inspired by Dostoevsky’s Notes from Underground continues to be a great success. However, during the filming Vitaly Sumin and his crew faced many hardships. And that is how AN LA STORY: The Making of the award-winning Notes from the New World is coming to life.

Behind-the-Scenes, also known as “making-of” is a type of documentary that shows what is going on behind the production of a movie or a television show, or any other form of production. The first behind-the-scene movies were in the bonus parts on DVDs. In sitcoms, this section was often called bloopers. Overtime directors discovered the charm of behind-the-scenes. In 1982, Burden of Dreams which was a making-of documentary film by Les Blank was shot. Rear Window (1954) by Alfred Hitchcock was about the mystery and charm of secretly observing people. However, behind the scenes were popular way before these movies.

“Today there are eyes everywhere, and it took just one generation.” Says David Lyon, Aaron Doyle, and Randy Lippert in their introduction. (David Lyon, Aaron Doyle, Randy Lippert. (2012). Introduction. In Eyes Everywhere: The Global Growth of Camera Surveillance. Routledge.) Behind the scenes is not only functional in the cinema world, but it is also for political reasons and security. Camera surveillance is multiplying, and intensifying in many countries. Moreover, each day countries all around the world install more cameras. According to Tooltester, China, USA, and UK are the world leaders in terms of how many CCTV cameras per person they have.

“The report by Safety.com finds that surveillance technology is spreading to every corner of the globe. Studies estimate there will be around one billion security cameras filming worldwide by 2021. Between 10 and 18 percent of those devices will be in the United States.”

This fact might be scary. However, it is not only governments that record people. About 95 million posts and many more are shared every day on only one social media platform. People love recording, and the other half loves watching and spectating. A lot of people might consider this an invasion of privacy. But most people might also think it is entertaining. It is charming to know what is going on in a place to which you have no access. That is why watching behind-the-scenes is intriguing and charming. As a society, this is something we do every day, every time we use social media. We sneak a peek into another person’s story and be a spectator in their lives.

An LA Story is a behind-the-scenes documentary by Vitaly Sumin and VMP Films. The movie portrays the struggles the crew faced while filming Notes from the New World. The summary by Vitaly Sumin and Dan Marcus shared on the IMDB page of the movie start like this: “Someone – or something – did not want this movie to be made…” After the challenges they encountered, director Vitaly Sumin decided to make a behind-the-scenes movie documenting the production of Notes from the New World. The movie shows the cast and the crew members unexpectedly finding themselves in the middle of the rituals of an ancient cult, betrayal, abandonment, and such; the struggle list goes on and on… That’s why by bringing to completion Notes from the New World Sumin managed to achieve the impossible.

As discussed earlier, behind-the-scenes have always been intriguing. But when it is based on making an independent movie in Hollywood, it is thrilling as well. After all, Hollywood is not known to be kind to independent filmmakers. However, the unforeseen disasters that came one after another caused something magnificent. AN LA STORY: Behind-the-Scenes is currently in post-production. VMP film crew and Vitaly Sumin is working hard to present this exciting film to the whole world. Just like Edison’s Seminary Girls, Vitaly Sumin’s AN LA STORY: Behind the Scenes will show what is going on behind the closed doors of the indie production in Hollywood.

Nevertheless, watching a behind-the-scenes movie will be an experience you will not want to miss. Humankind was curious before, and we are even more curious today. People like to play the spectator. And Vitaly Sumin is giving the honor of being a spectator to everyone all around the world very soon. AN LA STORY, will open a window to Hollywood’s indie world’s dark alleys and let the spectators discover the secrets of an industry everyone envies. Some things are not what they appear to be. Vitaly Sumin captured the true face of the indie’s Hollywood and he invites the whole world to see it.

Behind-the-scenes movies began with the invention of the camera. In 1894, only a century ago, Edison showed what is possible to capture: behind closed doors. With technology evolving, surveillance cameras, and social media expanding, everyone became a part of this dynamic. Nowadays, everyone is an actor and a spectator at the same time. Indeed, it is very charming. Vitaly Sumin, an award-winning director was aware of behind-the-scenes charm and mystery. Therefore, he created AN LA STORY: The Making of the award-winning Notes from the New World, A VMP movie that is currently in post-production. AN LA STORY- BTS will soon meet its spectators.

Want to know about VMP Films and about the films we make? Want to participate in our projects? Sign up to get tickets to the premiere of our movie (currently in post-production), AN LA STORY –BTS, and grab our FREE e-books! 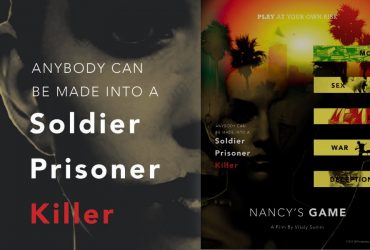 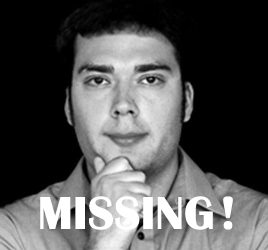 Next Article   The Missing Screenwriter: Truth is Stranger than Fiction