VMP’s next film, Nancy’s Game explores differences between reality and fiction. These differences will relate to human nature, desperation, and theoretical concepts within the real world.

Nancy’s Game draws connections with films focusing on theoretical concepts in reality and violent outcomes of desperation and human desire.

Nancy’s Game follows a writer who has written a book called Love Game. Her book suggests a war-game situation where no violence occurs. Nancy’s Game focuses on demonstrating a theoretical concept, one only written about in Nancy’s book. Since the theoretical world within her book is not reality, filled with its nuances, there are bound to be differences.

The idea of testing theoretical concepts in reality is a major aspect of Nancy’s Game. Nancy’s Game shows Nancy testing the concept of her book within the real world.

This concept shows up throughout film history. This new film will be another in a line of memorable films exploring such an interesting philosophical idea.

Jurassic Park takes a concept often written about–paleontology–and tries to predict how dinosaurs will act within our real world. These predictions do not lead to the assumed results of awe and wonder.

Like the war game in Nancy’s Game, the concept written in a book of a violence-free war situation is theoretical. This idea is subject to change immensely when done in the real world.

Nancy writes a book focusing on her predictions and ideas about war and violence. She focuses on how far people participating in a game with a cash prize will go to win. Her predictions bet on the inherent good nature of people outweighing their desire for money. Reality does not always follow these same rules.

Another film which follows a writer testing her book against reality is the 2003 romantic comedy Down With Love. 1950s/60s Doris Day/Rock Hudson comedies inspired Down With Love. This film explores what happens if a woman acted like a man in relationships. The film is intrinsically linked to the 60s battle of the sexes. The author of the book puts her writings to the test, but falls in love along the way.

Like Nancy, Barbara in Down With Love set out to prove that she doesn’t need love. Her test proves the opposite. Nancy wants to prove the theories in her book, but real life changes the outcome. Nancy’s Game explores how a test changes once it becomes less hypothetical and leaves her control.

Nancy’s Game shows her hypothetical game quickly turns violent when taken over by the soldiers she brought in to help.

Nancy’s Game showcases the Heisenberg’s Uncertainty Principle in action. Her experiment suggests that the organizers and contestants being together changes the outcomes of the experiment.

Simply observing impacts the outcome in someway. Nancy’s original idea to test out her game led to the outcome of Sam and Steve making the game real.

Another film which explores a similar concept to Nancy’s Game is Spree. Spree explores the dangers of social media fame and the desensitization toward violence in our world. In Spree, the main character is Kurt, a ride-share driver/wannabe influencer. He decides to murder passengers to test if this will increase his fame and followers. Kurt starts off trying different tricks to gain followers, but he ends up thinking violence is the only answer.

Losing Control of Her Experiment

In Nancy’s Game, the soldiers Nancy recruits to organize her simulated game decide to make it real without Nancy’s knowledge. This turns her hypothetical experiment into a real violent incident. The contestants (Nancy, Gary, Laura, and Keith) must participate in military challenges. The game forces them to kill one another until only one survives.

Like Spree, Nancy’s Game explores people taking something to the next level. People going from harmless pranks/set-ups to real-life violence. In Spree, Kurt takes his obsession with fame to the next level. He decides to kill people for real after trying to gain followers through pranks for years.

In Nancy’s Game, Sam and Steve, the  former soldiers of the American-led intervention in the Syrian Civil War want revenge on Nancy’s “liberal” husband, so they make her game real, to show the power of their military pasts. Sam and Steve kidnap Nancy, Gary, Laura, and Keith. This turns the theoretical concept into a real-life demonstration. They want to feel like heroes rescuing Nancy from a life far away from her military past.

Nancy’s Game explores the effects of desperation on the seemingly ordinary person. In her book, no killings take place. But when her Love Game is brought into the real world, she underestimates what people will do for money. Nancy’s Game is reminiscent of films such as Would You Rather and The Belko Experiment.

Would You Rather focuses on a group of less-fortunate people who choose to play a game. They each want a problem in their life resolved through money. Once the game turns deadly, they are forced to decide if another person dies. With this, the desperation that comes from a world so focused on money comes out.

Nancy’s Game shows her experimental game turning too real. The hypothetical set-ups start to happen for real and she finds out first-hand that people are willing to kill in order to save themselves and claim prize money.

The Belko Experiment is set in an office building where every employee is told they must kill someone before a timer goes off. Only one person will be left alive at the end of the experiment. At first, the workers do not believe this will happen. But soon enough, the chip in one employee’s brain explodes. Not everyone goes fully into killing to service, but those who do, show the desperation we feel toward survival.

Films like this explore human nature and dive deep into character to find if someone is inherently good or bad. This is explored throughout Nancy’s Game.

In The Belko Experiment, some spend their time trying to save as many people. Others go fully into an “it’s either them or me” mindset and go on a murdering rampage.

Like Would You Rather, the contestants in Nancy’s Game both have their own reasons to go forward with this violent game. Laura, the prostitute, needs the money for a life-saving operation for her father. Keith, an out-of-work actor who is in love with Nancy, needs the money to reclaim his past life.

In Would You Rather, the contestants play this sleepover game with deadly consequences. First, the questions feel mundane, but as the film progresses, they become more violent. But this leads toward characters being forced to kill or determine the life of other players. Nancy’s Game explores similar aspects of desperation. How far will these contestants go to be the one survivor? Will they be willing to murder to win?

Nancy’s Game will be a thought-provoking film that you can directly support through donations to VMP Films. Donate to help with Nancy’s Game and similar films. Help VMP Films produce and distribute ground-breaking films. Nancy’s Game will ask challenging questions, comment on philosophical dilemmas, and explore the differences between fiction and reality.

Want to know more about VMP Films‘ current and upcoming projects? Want to participate in our movies? Sign up to get tickets to the premiere of our movie (currently in post production), An LA Story (aka Dostoyevsky Reimagined-BTS) and grab our FREE e-books !

Amanda Mazzillo is a screenwriter, film critic, and blogger with an MFA in Dramatic Writing from Savannah College of Art and Design and a BA in Writing & Linguistics from Georgia Southern University. She loves exploring connections between unexpected pieces of media. 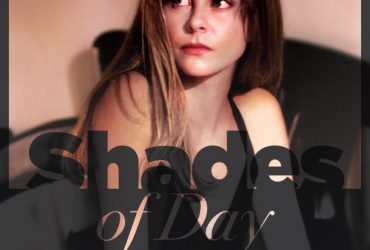 Previous Article Shades of Color in “Shades of Day” 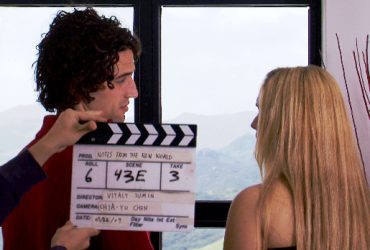 Next Article   Being a Spectator: Charm of Behind-the-Scenes