Despite oftentimes being sticky, whiny, and chaotic beings, children, and even adults, are all connected and should be treated as such. Missing people is a serious matter, but let’s take a lighter approach since the world is starker than usual today. As John Mulaney says in The Comeback Kid (2015), “I remember when milk carton kids became a thing. When they were like, ‘Hey, we should start looking for some of these guys. I don’t think they’re just blowing off steam.’” Everybody considers running away at some point in their childhood. Whether it was due to a serious issue, or if you lived a privileged life but felt that your mother taking away your toy lightsaber was a bigger injustice than killing younglings. Perhaps I am being naïve. Nowadays a child would run away because their parents took away their iPhone 11 for harassing people online. Our world evolves in magical ways.

Even though a child or adult going missing is a tragic reality, it fascinates the public. Real missing people cases tend to be popular on social media and the news. Optimistically, it is because word needs to spread in order to help find the person. Pessimistically, it is because a juicy mystery is more indulgent than a Doritos Loco Taco. I cannot point fingers myself, because when it comes to entertainment, I indulge in such mystery. Many movies pique my interest through this plot type. Tension grips every scene as the urgency continues building until the eventual reveal. Some films offer great dramatic irony as the audience gets a peek into where the missing person is while others search. Other movies leave its audiences as clueless as its helpless protagonists.

Were you not expecting The Hangover (2009)? To be fair, there are much better and more emotional films centered around someone missing. While some comedic bits in the movie may not have aged as well as others, the film is still a prominent piece in comedy film history if you ignore its cut and paste sequels. The Hangover follows a group of friends that party in Las Vegas for Doug’s bachelor party. When they wake up the next day with Doug missing, the friends must connect the vague dots from the night before to find him in time for his wedding. Lunacy ensues as information is revealed throughout their pursuit.

It is rare to find a movie involving a missing person that is a comedy. Tension and urgency are still prevalent, but absurd situations surround the drama. Most people can relate to an intense hangover, but not as many can relate to such a drastic one, which helps make The Hangover a smash hit. The fascination from audiences comes from the humor presented throughout the film, but also that drastic premise. Audiences live vicariously through the protagonists as they traverse the horrible effects of a catastrophic night of partying. If one were to ask anybody in the 18-49 demographic if they could live The Hangover in real life, they would probably say yes. They just would not want to be Doug.

Todd Phillips, never shy to grab that money bag, blessed the world with two more installments. The Hangover Part II (2011) is a carbon copy of the first, but this time Stu’s future brother-in-law goes missing. Thank God Doug is not gone! He can join his friends’ misadventures! Wrong. Doug chills at the hotel pool the whole time. Well, by The Hangover Part III (2013) Doug can surely help his friends! Wrong again. He gets abducted by Walter Sobchak on cocaine. Justin Bartha, who plays Doug, must have been real sad he could never join the iconic trio from the franchise.

Here is an actual heartbreaking, dramatic film about a missing person. Ben Affleck’s 2007 film Gone Baby Gone follows two private detectives desperately searching for a kidnapped child. Conspiracy, dilemmas, and death run rampant through the plot as Detective Kenzie fights for the child’s sake. To avoid spoilers, a general synopsis will only be provided, but Gone Baby Gone takes twists and turns that leave the characters and audience questioning real life morals many people face.

Sadly, a missing child instantly builds intrigue for an audience. Maybe “sadly” is a cynical way to put it. One may feel guilty that, in a way, a child going missing entertains, but the entertainment is empathy. The audience puts themselves in the parents’ and investigators’ shoes and shares the terror, sorrow, and guilt caused by such a tragedy. While a comedic film like The Hangover compel audiences, movies like Gone Baby Gone compel them on a more humane level. Uneasiness grips the viewer throughout the film, and he or she subconsciously considers their own morals while watching.

Similar to Gone Baby Gone, Prisoners (2013) involves missing children. Keller Dover’s daughter and her friend go missing, and he and the other parents take matters into their own hands as police follow leads. This film arguably strikes a chord with audiences more than the previous film. In Gone Baby Gone, investigators do the work while facing their own dilemmas. In Prisoners, the parent takes action. He cannot sit back and wait for the police to find his child. Keller understands the longer they go without discovering the children’s whereabouts, the more likely the results will be deadly. Despite a passionate Detective Loki consumed with the responsibility, Keller fights with everything he possesses to get his child home safe.

Along with its direction and cinematography, the story’s structure and beats keep the viewer entranced with the heartbreaking drama. Presenting the story with a parent partaking in the search pierces the viewer’s soul more than it would with only Detective Loki. One does not need a child to feel the anguish the protagonist experiences. Erratic behavior from Keller feels futile and warranted at the same time. Audiences easily side with his actions even if those decisions are controversial because they would do anything it takes to save their own child. Not many films revolving around a missing person thrust the viewer into the story world as well as Prisoners. Intrigue instantly builds. One finds themselves praying in their seat that Keller will reunite with his child. It is an immense difference to other missing people films.

Those previous films were quite bleak. Why don’t we return to some lighthearted banter? While The Wicker Man from 1973 is not some silly premise filled with laughter, the 2006 remake starring Nicolas Cage causes extensive laughter. Nicolas Cage is unironically an amazing actor. Films from decades ago, including Leaving Las Vegas (1995) and Adaptation. (2002), show off his talent. Even recent films like Mandy (2018) and Color Out of Space (2019) mirror that sentiment. It is no secret though that Cage’s filmography includes some wacky films, but he puts his heart and soul into those roles.

In The Wicker Man, a girl from a small island vanishes, and a sheriff, played by the eccentric Cage, investigates the disappearance. When he arrives, Cage makes much darker revelations about the cultish community. This investigation is somewhat personal because the girl is his ex-fiancée’s child. Malevolent hints plague Cage’s pursuit, including a fresh unmarked grave only housing a burnt doll. Cage finds the child’s sweater in the same graveyard too. How would a character played by Cage react to such a discovery? He wails, “How it’d get burned?!” while contorting his face in an expressionist way Cage only knows how to do.

Wacky events ensue that only viewing the movie can make you believe. When Cage learns crucial information, he attacks a woman in a bear suit, steals the suit, then sneaks into a pagan ritual parade. Following this sequence is the iconic scene including Cage wearing a cage on his head, and there are hundreds of bees inside Cage’s cage. His terror rattles your funny bone as he screams, “Killing me won’t bring back your damn honey!” While this film revolves around the same topic discussed with previous entries, the child’s disappearance becomes an afterthought thanks to Cage’s magnificent performance. At the beginning the viewer thinks, “Man, I really hope he finds the girl.” By the end, the viewer thinks, “Those bee stings don’t look too bad.” Some might consider this a detriment and a slap in the face to the original. A missing child should be more compelling and heartbreaking. When someone makes a remake/sequel though, it must be unique. Nicolas Cage in The Wicker Man surely stands out. Take notes Todd Phillips. This is when it is okay to indulge in a missing person. This is a Doritos Loco Taco.

Just mentioning four films warrants a wide variety of missing people films. Most are dramatic thrillers, some are direct comedies, and others are accidental comedic masterpieces. Certain films take a unique approach. Maybe they are based on reality. Perhaps the mystery is still ongoing. A perplexing case is the missing screenwriter.

Many people recognize filmmaker Vitaly Sumin for his Dostoevsky’s adaptations. Some time ago, Sumin released Notes from the New World, but its behind-the-scenes events are just as compelling as the film. The original screenwriter, Robert Hurley, met Sumin at the New Playwrights Foundation. Their friendship blossomed, and Sumin brought Hurley on for Notes from the New World’s writing process. Randomly, Hurley disappeared with sole possession of the shooting script. Hurley became the missing screenwriter.

In the middle of production, Hurley vanished. His friends and colleagues needed answers. After accessing an apartment key from Hurley’s girlfriend, they entered his home. Information found shocked them. Discoveries included a journal depicting images of crimes, cults, and conspiracies. Coincidentally, Notes from a New World’s mantra is “life imitates art,” and Hurley’s journal surely mirrored his writing. When rumors spread before his disappearance that he used real life experiences to write the script, he slowly isolated himself from the cast and crew. This behavior eventually led everyone to believe that Hurley actually involves himself in cult and mob organizations.

Documentation of the events led to the film Dostoevsky Reimagined: The Making of Notes from a New World. Currently in post-production, the film documents the wild events that almost led to Notes from a New World’s destruction. Consider donating and checking out more information here. A compelling mystery awaits, and you will not regret falling into the missing screenwriter rabbit hole. 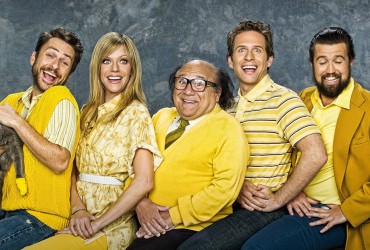 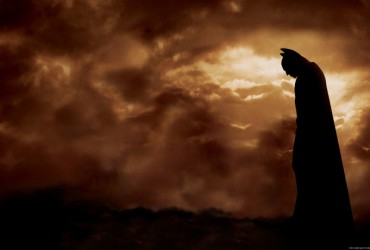 Next Article   If Raskolnikov Had Known a Rachel Dawes, He Coulda Been Batman