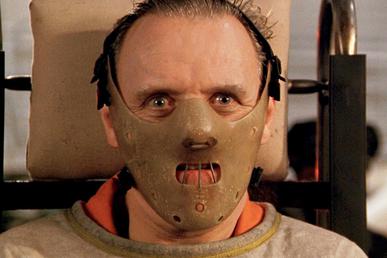 Everyone loves a good villain. Sure the heroic protagonist has their enjoyable moments when it’s their time to shine, but nothing is more satisfying than watching a villain work their evil wonders. As wrong as it feels, it is so easy to be seduced by a villain’s charming style or carefree nature. Perhaps even though we know they’re wrong we deeply harbor envy of a villain’s chaotic lifestyle. Horror plays upon our fears of the unknown, society, monsters, but most importantly ourselves. The results leave you feeling guilty but enthralled when a killer chops the douche jocks head in some creative blood-filled way.

While his approach would never be to celebrate extreme criminal behavior, Fyodor Dostoyevsky helped lay the groundwork of the modern villain in his novel Crime & Punishment. Chewed up and spit out by a depressing world, Crime & Punishment’s central character, and self-made villain, Raskolnikov first opened readers’ eyes to the psychology of a killer after committing one of literature’s most iconic murders. Though not hiding in foggy alleys and jumping out and stabbing the poor souls who walk by or covered in clown face paint and eating kids from a small midwestern American town, Raskolnikov still holds a place in the horror villain hall of fame as his evil deed set the precedent of how a good villain should be handled. Dostoyevsky has Crime & Punishment be less about the murderous act itself and more about the effects it has on one’s mental state, society’s impact from it, and what drastic causes lead to the event taking place. Dostoyevsky crafted a complex narrative that goes inside the mind of a killer, birthing the psychological thriller and kicking off what would come to be audiences’ fascination with fictional foes.

Comparing Raskolnikov to other iconic Horror Villains is not only a fun exercise this Halloween season, but also shows the impact Dostoyevsky has on the horror genre on the whole. It is important to see the ways the similarities in the behavior of killer characters and also how they have differed through the years. Understanding what makes for a scary story at a specific time, showcases greater societal fears of the time. Whether it be poverty, isolation, or townspeople burning you alive, there is a lot to unpack in the figures that go bump in the night.

There are countless debates on if Raskolnikov is a psychopath or simply a lost soul in dark times. There’s evidence to suggest both such as Raskolnikov’s blunt unphased nature when thinking about and committing the crime, while also seeing signs of remorse and guilt afterward. It is with these complexities that the fascination with Raskolnikov is found. Readers can see the darkest side of Raskolnikov’s mind and see the most chilling bits of themselves.

The notorious Hannibal Lecter serves a similar dark role in Silence of the Lambs. Unlike Raskolnikov there is no question about Dr. Lecter’s mental state, he is a complete sociopath with absolutely no remorse in his cannibalistic tendencies. Lecter will eat your liver with a side of fava beans without blinking an eye. As disturbing as this is, Hannibal Lecter is never revered as a heinous monster, instead, the first thing that comes to mind in describing him is his wit and irresistible charm. Like a vile seduction, audiences become charmed by who Lecter is and how he thinks. While he might not be someone anyone inspires to be, he makes us question our own mental state for allowing ourselves to be charmed by him. Like with Raskolnikov’s darkness, audiences are allowed to examine themselves through the characters and while they won’t ever come close to committing an evil act, a statement is made on why someone like this could even be this appealing. 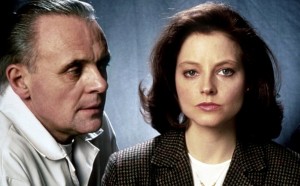 Crime & Punishment holds its acclaim for its influential ideas and style taking readers inside the mind of a criminal. Raskolnikov catalyzes both criminals and the everyman and Dostoyevsky explores these ideas by taking readers into this character’s dark mind. In doing this we see what guilt can do to the human spirit in the aftermath, but also the causes and cynicism that lead Raskolnikov to the point of murder. After selling everything of value, Raskolnikov murders as a potential escape from his problems, not realizing that the act would cause plenty of its own. Dostoyevsky creates wonder in how he presents Raskolnikov’s story and his thought process throughout.

In his own iconic fashion, Alfred Hitchcock takes viewers into the mind of his most iconic killer Norman Bates in Psycho. Hitchcock’s thriller takes place at the eerie Bates Motel, taking a multitude of twists, turns, and murders. While it is expected that someone in the Bates Family is the culprit of the murders, Hitchcock creates the film to present the different factors that would cause a mental break that would create a murder. Much like a literary narrative and similarly to Raskolnikov’s ramblings in Crime & Punishment, Hitchcock ends the film by taking audiences into the mind of a killer as a single shot slowly zooms in on Norman Bates as a chilling voice-over narrates his thoughts. This iconic scene stands out as one of Hitchcock’s best and is heavily influenced by Dostoyevsky’s writing.

Known for his knife-hands, charred face, and sharp wit, Freddy Krueger is known as one of Hollywood’s greatest Horror Villains. First appearing in A Nightmare on Elm Street, Freddy Krueger has been the cause of nightmares ever since. In the film Krueger was burned alive by the people of his town and years later laughter returns as a demonic figure, killing the teens of the town in their dreams. The film plays upon the horror of being trapped in the inevitability and how a collective treatment of one person can have dire consequences.

This is similar in many ways to how Raskolnikov blames his society for the reason for his troubles. Though not murdered by the people of St. Petersburg, Dostoyevsky points to the conditions of the town and the systems in place for Raskolnikov to have his beliefs. Not justifying Raskolnikov’s actions, Dostoyevsky attempts to display why individuals like Raskolnikov cling to extreme notions. The difference between the two is the intentions in their killings. Raskolnikov murders the pawnbroker to get money to fix his financial problems, Krueger kills as a form of revenge. The reasoning might be different, but both effects are terrifying in their own way. 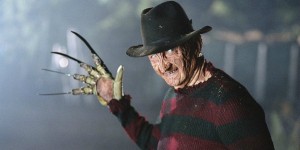 The 80s slasher genre is best seen through the lens of Friday the 13th. Almost all the tropes we find in horror today can be traced back to Camp Crystal Lake and the menacing masked figure that haunts it. The image of Jason Voorhees is the most synonymous with the horror genre as the brooding presence means nothing but sheer terror for all that comes his way. Wearing his famous Hockey Mask and carrying a machete, Jason represents an undying force that relentlessly haunts until the end. Jason represents trauma from the past that never goes away as hard as you try to beat it. While he goes on wacky adventures like Space or the future, in later additions to the Friday the 13th series, as an individual character there is no one more intimidating.

The continuously haunting pain that Jason represents isn’t like Raskolnikov himself, but instead, it is symbolic of what Raskolnikov goes through. Raskolnikov never expects to feel remorse but is instead relentlessly plagued by his emotions after the murder. Dostoyevsky writes about the dark thoughts that pop in our heads as badly as we want to forget them or they go away. This is an intimate look in the psyche and something many would want to shy away from to stay comfortable and not address their own secrets. Jason is the personification of the thoughts that keep us up at night come to life. Now if only the technology that brought Jason into the future was used to take him to 1860’s Russia. I’m sure Raskolnikov and the Masked Monster would have a lot more in common than once thought. 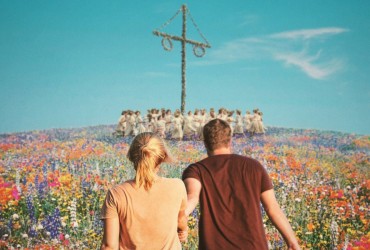 Previous Article A Breakup Movie Dressed in the Clothes of a Folk-Horror Film. Ari Aster’s Midsommar (2019) and a nod to Fyodor Dostoyevsky 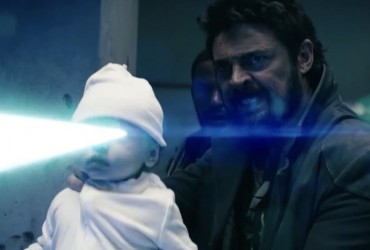 Next Article   Dostoyevsky in The Boys