I chose to write about Dostoyevksy’s parents, particularly his father, as parental influence is generally a fundamental impact on one’s life and had great influence on Dostoyevsky’s writing. Dostoyevsky’s parents had stunningly different personalities, his father was austere and hard handed while his mother was gentle and nurturing. This dichotomy was to be a central theme throughout his literary work. 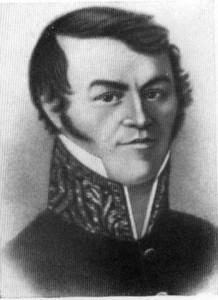 Dostoyevsky’s father was named Mikhail Andreevich Dostoyevsky and was born into a family “legally classified as nobility according to the table of ranks established by Peter the Great” (Frank 4). However, because this was a civil service ranking, the family did not benefit from the social status commonly bestowed upon those affiliated, as described by Frank: “He was legally, but not socially, equal to the scions of the gentry…”(4). Despite some prestige garnered from his mother’s merchant family, they were not viewed as socially elevated in Russian society. Mikhail had been born into a family belonging to provincial clergy and was naturally expected to become a clergyman as well but decided to take a different path. He graduated from the seminary at the age of 15 but had quite different goals for himself. He promptly took off for Moscow where he enrolled in the Imperial Medical Surgical Academy.

Later he became Dr. Dostoyevsky, a military surgeon and struggled through the tragedy of failed operations which were inevitably gruesome in nature. His character, already naturally predisposed to despair and an unidentified nervous disorder, subsequently cultivated a sense of resulting bitterness. Later he was appointed as staff physician in the outpatient clinic at Mariinsky Foundling Hospital. It was at this same hospital that Fyodor Dostoyevsky was born. For anyone that has even the slightest knowledge of Dostoyevsky’s father knows that he was in possession of a volatile temper. Mikhail  Dostoevsky was not the most gentle of men and was even described as a “lecherous and cruel man…” He was considered not only cruel but a demanding husband and father as well. He was described at times as sullen, and a workaholic, later imposing such discipline upon his children. His austere ways rendered the atmosphere of the Dostoyevsky home humorless and cold. 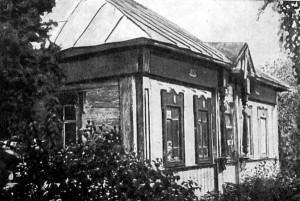 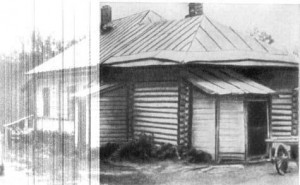 His undiagnosed nervous disorder, stress and unfavorable weather worsened his headaches and threw him into sporadic fits of rage. He indulged in alcohol which worsened his moods and he sunk into a melancholic despondency. Interestingly, perhaps stemming from his deeply religious upbringing, he maintained a devoted attitude toward religion and even to the point of arrogance and believed that he was one of God’s chosen ones.

Dostoyevsky’s upbringing was characterized by a sense of austerity and seriousness, and nowhere in his literature can delineations of a happy childhood can be found.

“He required the highest standards of his children, and he was cruel when these standards were not met. His despotism was so intense that it influenced even the most banal household routines. For example, every afternoon the doctor would return home for a nap. While he was napping, the children had to be absolutely silent. They were punished severely for the slightest of sounds. In summer months, they would take turns standing by their father for the duration of his nap, swatting away the flies” (dartmouth.edu).

One can also see the strained relationship in these lines Fyodor writes to his father asking for a small some of money:

“My dear kind father! Is it really possible that you, my father, believe that your son would ask you for money for mere trifles? God be my witness if I wish to cause you any hardships, either for my own personal gain or from mere necessity. How my parents toil and sweat to provide for me. Why, I have a head on my shoulders and a pair of arms. Were I at liberty, where I free to live my life as my own, I would not ask for so much as a kopeck from you. I would learn to live within the iron laws of necessity. It would have been shameful for me in that case so much as to hint at money… But now, on the other hand, my dear, kind papa, remember that I am, in effect, already enrolled in government service in the full sense of the word. Whether I like it or not, I must conform to the rules and regulations of the society in which I presently move. Why should I exclude myself from it? Those who shun society are often exposed to horrible unpleasantries. You have moved about in society yourself.”

The struggle Dostoyevsky feels in relating to his father is evident in his urgent and emotional manner of writing.

Despite all this he was an excellent parent in many ways. Though he was deficient in moral aspects of his personality he faithfully looked after his family and made sure his children had access to a superior education. His children were sent to private schools and had the luxury of private tutors who taught them French and religion. Mikhail Dostoevsky had a great deal of respect for education and planned for his sons to eventually obtain jobs in the military, and though he had no interest in this field Fyodor did indeed pass the entrance examination for the Academy for Military Engineers in St. Petersburg. Mikhail was also very much in love with his wife. Maria, a kind and affectionate mother illuminated with a religious spirit was a positive inspiration in her children’s lives. It has been noted that during times of separation he wrote long loving letters to her speaking to a passionate affection. However, this love was also somewhat plagued by jealousy and obsessive control, “At one point his jealousy became so fierce that he irrationally challenged the paternity of one of his children – causing the pious Maria to burst into a tearful plea in her own defense” (dartmouth.edu). This must have been very difficult for her, especially considering her sensitive nature and delicate personality. Dr. Dostoyevsky sounds like he was formidable and intimidating and not at all easy to contend with.

After the death of his mother his father retreated into seclusion with his remaining children and became even more wretched in temperament. This anger was unfortunately expressed as abuse on his serfs which possibly led to his death. His father later was found murdered. No trial was performed and the cause of death was left open to speculation, though some imagined it was his serfs who had killed him as an act of vengeance.

So, though the family was not without it’s positive aspects, the level of tension in the Dostoyevsky home was high and the oppressive discipline imposed upon Dostoyevsky’s home as a child had a strong impact upon the nature of his writing. Having learned of his childhood makes his literature even more rich in meaning and purpose.

This was merely an introduction to the subject of Mikhail Andreevich Dostoyevsky but I find it to be fascinating! Previous Article It only got stranger and stranger… 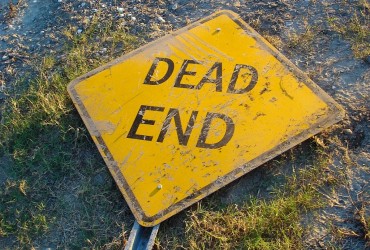