There are places that have a character of their own, and the Chinatown of the 1930s in Los Angeles definitely fits the bill. Up to 1910, this was a booming part of town, with hundreds of buildings, a Chinese Opera theatre, and its own, Chinese-language newspaper. It only took a few decades of dubiously effective immigration and ownership laws to make it degenerate into the decadence of opium dens and gambling houses. Bleakness that would make for a good noir film, you’d think.

And, you’d be surprised, a major like Paramount Pictures was paradoxically one of the most promising landing spots for any film of this calibre, back when it was led by Robert Evans in that brief stint between Gene Saks’ Barefoot in the Park in 1967 and Francis Ford Coppola’s 1974 masterpiece, The Conversation. Evans took what was a struggling juggernaut and turned it into a darling of the critics and a success of the box office. In just seven years with him as head of production, the company greenlit works such as neo-noir The Detective with Frank Sinatra, iconic comedy The Odd Couple with Jack Lemmon and Walter Matthau, Roman Polanski’s disturbing Rosemary’s Baby, cult British caper The Italian Job, and a little film called The Godfather.

Evans’ choices were eclectic, spanning nearly all genres, from western (True Grit) to the most maudlin and manipulative of melodramas (Love Story). But even he would end up arguing over the apparently all-too-bleak finale of Chinatown with Polanski. It was Evans who brought him in, to give the film a European vibe – and perhaps paint a picture of 1930s Tinseltown that was a little removed from the glitz and glamour of Hollywood. Even the leading trio came a bit out from left field: Towne and Evans always had Jack Nicholson in mind for the role of private eye J. J. Gittes, but the first choice for deceptively “fatale” femme Evelyn Mulwray was Jane Fonda and not Faye Dunaway, who despite her talent had a problematic reputation as someone hard to work with. As icing on the cake, film noir mainstay John Huston, who directed classics of the genre like Key Largo and The Maltese Falcon, was cast as the ominous Noah Cross, perhaps the film’s most fascinating character.

Screenwriter Robert Towne had just turned down a Fitzgerald adaptation (The Great Gatsby), and asked for only $25,000 to write his own story, loosely based upon the California Water Wars of the early 1910s. His script painted the darker Los Angeles of old, where gang wars and selfishness compromised the future of a town that was already mired in darkness for decades to come. That, coupled with the fact that Polanski was still coping with the emotional aftermath of his wife’s brutal murder – Sharon Tate, perhaps the most notable of Charles Manson’s killings – ensured that we would have a gritty, bleak neo-noir on our hands. But even Towne, whose coda featured a happy compromise of sorts, didn’t expect the darkness that would ensue. The two would fiercely fight over the bitter conclusion, with Polanski coming out victorious – in hindsight, decision that consigned the film to history, instead of merely registering as a deliciously well-made thriller with a crowd-pleasing finale.

Perhaps calling this a neo-noir is a bit misleading. Chinatown is arguably the best classic film noir in color, in the sense that it aptly applies the core tenets of the genre, but it does so without that subtle veneer of romanticism which populated its older American-helmed counterparts: there is very little hope in the matter-of-fact realism of Gittes’ descent into the pits of 1930s Californian decadence. He starts off innocently enough, being embroiled in what only seems like an adultery scuffle, the likes of which made him a decently affluent P.I. He considers himself a man of integrity, reason why being lied to by his clients doesn’t sit well with him. The more he begins to investigate Evelyn Mulwray’s ties to a growing maze of crime, murder and deceit, the riskier it becomes for him to uphold the values he holds dear.

This is Nicholson at his very best, before he essentially began playing himself over and over in a seemingly endless collection of charmingly sociopathic drifters – from the ingenious excesses of The Shining to the madly over-the-top “truth-handling” tirades of A Few Good Men. Dunaway and especially Huston also excel, in a judiciously sedated cast that often blends into Polanski’s bigger picture, that of painting that suffocating air of ethical doom pervading Chinatown as the fourth lead, atmosphere which is masterfully caressed by Jerry Goldsmith’s classy score.

What was a planned Gittes trilogy only amounted to an interesting but dubiously successful follow-up – The Two Jakes, directed by Nicholson – and you could argue that Polanski’s fortunes gradually eroded away after his crowning achievement with Chinatown. But there are few films, noir or of any other genre for that matter, capable of so artfully crafting atmosphere and thematic mood around their characters. And this film proves, behind a shadow of a doubt, that even a film in color can display the wonders of film noir’s enchanting shadows. 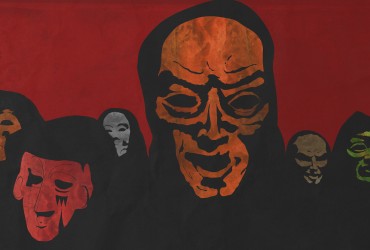 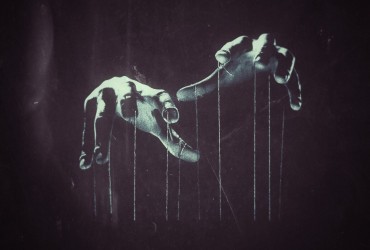 Next Article   The Missing Screenwriter: An Inside Job