Home  /  BTS Blog • Dostoyevsky Reimagined  /  For the love of adaptations

I for one, love modern adaptations from classic literature: a fact that sometimes earns me raised eyebrows and looks of disdain from period purists. Regardless, I just love modern adaptations … especially in film. Let me explain why. Film as a medium of expression has a visceral quality that can grip us, engage our emotions, and force us to question and think in a much more direct way than the written word can. So by adapting literary classics into this ultra expressive medium, filmmakers are simply making the intent of the literature more directly accessible to moviegoers. And nowhere is this more effective than in the modern adaptation of classic literature.

Now, I know we most often see modern adaptations from classic literature in the form of Shakespearean plays being translated into film, with varying degrees of success, and we’ve all seen how badly it can go (think O as an adaptation of Othello) but even at their worst I still love these modern adaptations, and here’s why: the modern adaptation from classic literature is a reaffirmation of the value of the original work. This is a filmmaker’s way of saying to the world, “Look at this brilliant work of literature! This is still totally relevant to modern society and the modern world, but you may be tempted to ignore its value if I do not dress it up to look like things do now.” I think that this indifference to an applicable message is what often happens in an audience watching a period piece like the 2004 adaptation of  The Merchant of Venice, which, while visually beautiful, has a totally relevant message (especially now) that somehow manages to not be in any way controversial because it is set safely in the distant past. Perhaps that is why adaptations from classic literature by authors like Shakespeare and Dostoyevsky can be so powerful. We still need the insights into our own nature that they provide, and by moving the stories into our modern world, as is done in movies like Notes from the New World, we can explore the messages of these still relevant classics through modern agents in situations with which we can readily identif.

A modern adaptation can broaden or experience of the world and expand the mind because we see it as directly relating to our world.

So now you know why I love modern adaptations from classic literature, from the brilliant to the mediocre to the downright comical. I value all of them for their ability to make us see the age old issues we would otherwise ignore as simply a remnant of the past with no bearing on our lives. Instead these adaptations allow us to explore issues that have been relevant to the human race and civilization for decades if not centuries, they challenge us to keep paying attention to those issues and keep exploring solutions until they are truly dealt with instead of relegation them to a costumed past. 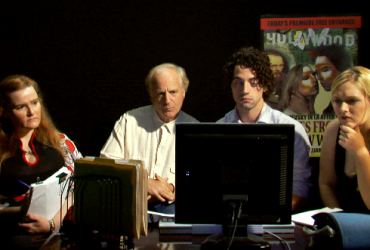 Next Article   From Past to Present: Re-imagining Dostoyevsky