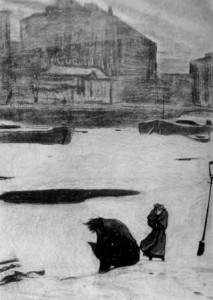 Those familiar with Dostoyevsky’s Russian classics are just as familiar with his strangely iconic characters: Roddy Raskolnikov, the penniless murderer with a Napoleon complex; the Karamazov Brothers, enveloped in all their complexities despite somehow being related to each other; and naturally the anonymous clerk from Notes from the Underground, lost in his state of social deprecation. Not to mention the countless minor characters like the clerk’s friends from school, a scene so touchingly recreated in Vitaly Sumin’s film Notes From the New World.

That said, it is a testament to Dostoyevsky’s character developing skills that the protagonists spearheading his lesser known stories – one example being Mr. Golyadkin, the socially awkward clerk from The Double – should also generate a similar amount of resonance among readers of Russian classics, even if the overall story is considered inferior to Dostoyevsky’s greater works. It is symbolic of the raw power of the universe gifted by Dostoyevsky to the world from the confines of his tormented mind. And in order to better understand any one universe, exploration is needed.

Netochka Nezvanova, the protagonist of Dostoyevsky’s unfinished novel of the same name, is another remarkable character. In the era of serialization, Dostoyevsky had the first section of the novel released in a magazine called Annals of the Fatherland and was intended to be his first real novel, a work that now reads as a blueprint for his future works. But not long after came his arrest for political activities, mock execution and Siberian exile. For whatever reason, Dostoyevsky never finished what he’d started.

The lack of completion, however, not only fails to diminish the importance of Netochka Nezvanova in Dostoyevsky’s oeuvre but adds to its uniqueness. For the more casual reader or fan of Russian classics, here are 5 reasons to read Netochka Nezvanova: 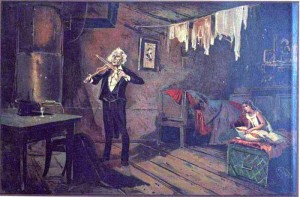 1. Music – As a young man Dostoyevsky would often go to the theater, a habit that increased once he exempted himself from army duty. This interest is channeled here in the character of Netochka Nezvanova’s stepfather, Efimov, a violinist with bursts of talent but who never practices, a habit that ultimately dooms him. While fans of  hardcore artistic melomanes like Thomas Bernhard might be less impressed, any music lover will find Dostoyevsky’s take on the subject as amusing as it is thought provoking.

2. Female Protagonist – While the Master of Petersburg need not declare bankruptcy for lacking in female characters, Netochka Nezvanova is unique in that she is also the protagonist. While this makes her, on one hand, stand out from Dostoyevsky’s other protagonists, she is just as hopelessly lost, forsaken and doomed as everybody else.

4. The Class Ladder – In Dostoyevsky’s Russia, the setting of his novels might take place among the poor (Crime and Punishment), the rich (The Idiot, the Brothers Karamazov) or in between (Notes From the Underground, The Double). But Netochka’s journey is a unique one that straddles the class ladder of Tsarist Russia, be it in the depths of poverty or sheltered in the sanctuary of wealth.

5. Unconventional love scene? – Perhaps I’d better not give this one away. 🙂 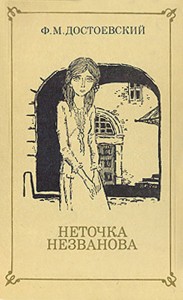 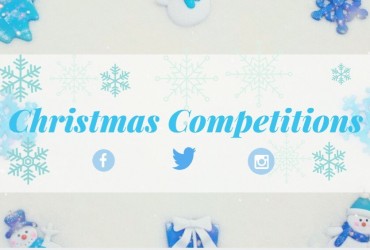