Home  /  BTS Blog • Dostoyevsky Reimagined • RSS FEED  /  Why We Want to Be Popular! 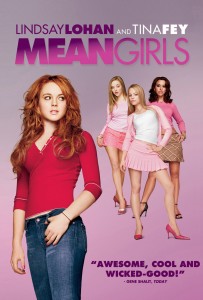 In school, we all belonged to one tribe at some point. I was a part of the “normal tribe,” if there’s such a thing, neither particularly popular nor particularly well known. The jock/mean-girl tribe is one most of us should know, the popular kids, if you like. Some universals apply when describing the popular crowd including: sporty, attractive, and charismatic. There are, however, many breeds. Some are academic, whereas some ridicule the nerd tribe for their smarts. Some are kind, whereas some–the most primitive of them–derive pleasure from hurting others. Like all tribes, they’re a varied bunch.

If there’s one unfortunate thing, however, that applies to them all it’s the unjustified praise and blind allegiance of their followers … whether the popular alpha-tribesman soaks it all up, or ignores it, they never correct it e.g. they never respond to a suck-up follower, “well actually subordinate of mine, my joke wasn’t that funny. Your zealotry blinds your rationale. Leave now and revise your membership.”

In Dostoyevsky’s Notes from the Underground, his character Underground Man observes this sort of embarrassing display. Having spontaneously greeted some old schoolfellows, he’s made aware of a seeing-off dinner for their long reigning leader, Zverkov. Despite being less intelligent, arrogant and misogynistic, Zverkov’s good looks, liveliness, success with the opposite sex, and financial standing are what justify his leadership.

Whether Zverkov’s high-ranking school reputation precedes him or not, when Underground Man rightly undermines his boasts at the seeing-off dinner, the three subordinating followers respond contemptuously. 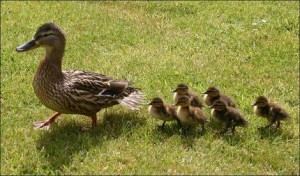 These subordinates have good reasons for following their leader, like a baby duck does it’s parents. The alpha-animal of most animal tribes is most likely to have reproductive success and its offspring are most likely to be healthiest; indeed for Zverkov, his posse and most Homo Sapiens, reproducing and carrying on one’s genes is an innate must.

By unconditionally supporting their leader, their vested interests may reap the reward of acquiring knowledge and skills, to become a Casanova themselves and spread their seed effectively. Zverkov, Underground Man observes, is also the championing socialite of the tribe, a quality that’s key for networking with socio-economic superiors, of which he has evidently done. It’s because of this he is most prosperous of them all, and so another motive for his tribesman to stay loyal is so they may learn these skills.

As noted, Zverkov isn’t flawless; he is pompous and shows no interest of supporting humanity-something of which Underground Man, at one point says he dreams of doing on a grand scale. Zverkov’s leadership is superficial and self-important, for although copulation and money are easy to come by, improving the world couldn’t be more distant an ideal. Despite all of this, however, something prompts in Underground Man a desire for approval from Zverkov. Underground Man ensures he polishes his shoes thoroughly before the dinner, and speaks of being flattered when Zverkov made advances on him. Although he can rationalize the ludicrous nature of Zverkov, who sees wooing women and boasting of battles as highest precedents, Underground Man can’t help but appreciate Zverkov’s contradictory good nature and lacking in malice when jesting him.

Alas, the curse of the thinking man is to weigh up another persons positives and negatives, and conclude without bias they’re not evil. A curse for Underground Man, perhaps, because succeeding Zverkov forcefully would be more viable an option if demonization were allowed to ensue, but where it’s not, doubt is able to spread within Underground man, manifesting into the question, “could I do any better?” 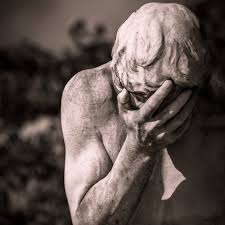 So, it would seem our appreciation for the alpha-popular tribesman is either derived from hopeful assumption or justified analysis.

In Vitaly Sumin’s Notes from the New World (2011) the reason we appreciate The Poor Guy at the end is because he inspiringly denies money and the implied offer of job security from the weathered popular tribesman, The Rich Guy . Vitaly Sumin has his character pick love instead.

As conclusions go, Vitaly Sumin induces reassurance and inspiration for many a soul out there,  not to suck up to the “biggest guy around” but to do as Vitaly Sumin has articulated: deny the hierarchical social expectations and be your own tribe!

Previous Article The Problem With Reading Lists
Next Article   The Missing Screenwriter: Dark Onto Light