Film is a fascinating medium. There’s nothing about it that doesn’t draw the eye and ignite the imagination. People adore every facet of movies and movie-making: from entertaining trivia to exhaustive details of how the film came to life. This partly explains our devotion to behind-the-scenes movie documentaries; in a way, they allow us to peek behind the curtain and see what’s going on. It’s a rare and wonderful glimpse into the world of film-making most of us will never experience in real life.

But some documentaries that set out to record the behind-the-scenes drama, emerge as something more. They transcend their original goal and become fascinating and memorable films in their own right. It’s meta, it’s self-referential to the extreme, and it’s one of the most intriguing and wonderful sub-genres of cinema. Here are a few of my favorite behind-the-scenes movie documentaries. They encompass not only what’s so remarkable about the medium, but why movies continue to capture our hearts and inspire our dreams.

For every independent film that achieved fame and fortune, there are quite a few that just didn’t get the chance. American Movie is their story. Unlike the other behind-the-scenes movie documentaries on this list, American Movie does not document a triumph: it records a disaster. Coven, the short independent horror film struggling to get finished and make it big, is terrible. The story itself proves a cautionary tale for other would-be independent filmmakers on how not to make a movie. Yet you can’t deny the passion the filmmaker has for his work or the determination he shows in the face of adversity. Coven may not have been a good movie but American Movie stands as a great one.

2. Hearts of Darkness: A Filmmaker’s Apocalypse

I’ve mentioned this documentary before, and with good reason: it stands on its own as a truly towering achievement of cinema. It’s also completely insane and gives you a deep understand of just how close the classic war movie Apocalypse Now came to never seeing the light of day. The film itself is a trippy ride to be sure: actors walking offset mid-production, filming delayed by actual wars going on in the Philippines, frantically rewriting the script seconds before the cameras were about to roll, and millions of dollars being thrown around like confetti. Director Francis Ford Coppola sums up this unique experience perfectly, “We were in the jungle. There were too many of us. We had access to too much money, too much equipment. And little by little, we went insane.”

3. Dostoyevsky Reimagined: The Making Of Notes From The New World

Some movies are rumored to have a curse hanging over them. The Poltergeist series, The Passion of the Christ, and The Exorcist have all been plagued by such stories. But Notes From The New World had such a share of miseries it required a whole documentary to keep track of them. The original goal is simple: make a modern-day retelling of the classic Fyodor Dostoyevsky novel, Notes from the Underground. Instead, everything that could possibly go wrong, went wrong (as well as a few things that defied description). Watching a director and his crew struggle against an onslaught of lies, deceit, intrigue, unsolved disappearances, and ancient occult mysteries to make the award winning film, Notes From The New World, is a testament to the determination of filmmakers everywhere, and proof that sometimes truth is stranger than fiction. 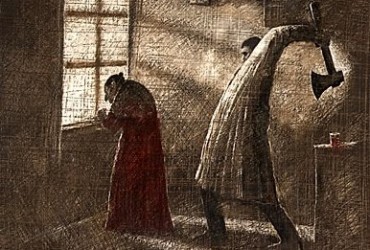 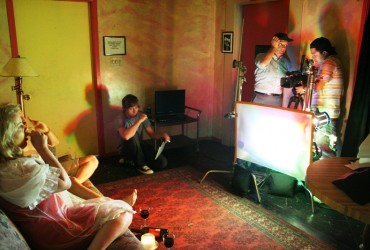 Next Article   Successful book-to-movie adaptations: an exploration of my personal favourites