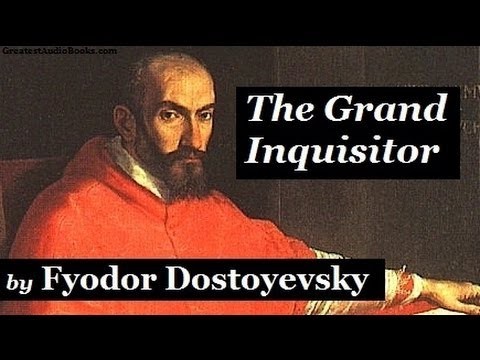 Hello to all you, beautiful readers and listeners!

Welcome to another enthralling discussion from Dostoevsky Reimagined – Los Angeles!

Today we are going to zoom in on another mind stretching masterpiece, The Grand Inquisitor, a poem from the celebrated novel The Brothers Karamazov. 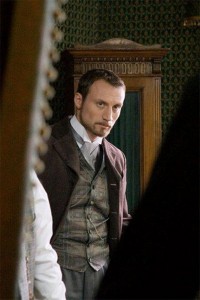 The poem is written by the rebellious Ivan, the stodgy and intellectual atheist who presents us with a parable in the form of a satirical poem in which he unabashedly questions God’s existence and value to mankind.

And this isn’t not just your average few stanza stint. 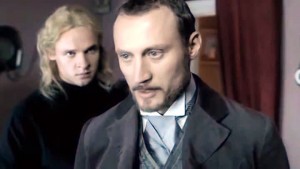 Told in prose form as a response to his brother Alyosha, a monk, this poem is seriously epic, spanning pretty much an entire chapter in the novel. Yes an entire chapter. And I’m going to attempt the daunting task of presenting one of modern literature’s best known passages in just a few minutes!

So what is Ivan’s message in this poem? 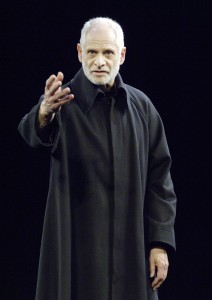 The poem presents to the audience Jesus Christ who has returned to Spain during the Inquisition. He is rapidly imprisoned and indicted by a 90-year-old “Grand Inquisitor” who chastises him for burdening humanity with a responsibility which is more than it can possibly bear. Humanity, being weak, he says, cannot manage the responsibility of free will. He states that in providing humanity with this freedom, he has stolen from the majority of humankind the gift of divine redemption.

Here is a quote by Ivan proclaiming the heart of his argument:

“Imagine that you are creating a fabric of human destiny with the object of making men happy in the end, of giving them peace and rest at last. Imagine that you are doing this but that it is essential and inevitable to torture to death only one tiny creature…in order to found that edifice on its unavenged tears. Would you consent to be the architect on those conditions? Tell me. Tell the truth.”

Ivan’s passionate conviction against the apparent injustice of organized religion is unmistakable. He clearly finds the order of religion to be absurd and doesn’t understand how a good God could allow innocent people to suffer.

Then you can guess what happens next right? Of course the devil gets involved too making this even more intriguing. Because every epic poem needs at least one villain and now we have a pair. The devil presents Christ with “tempations” an action which he truly has a penchant for. But Christ rejects these temptations and stands his ground, maintaining his modest demeanor despite pressure. 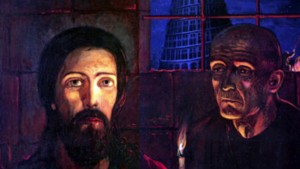 So there you have it, more thought provoking material from one of our favorite geniuses! And we can see how these questions are still asked by society today making this topic a question that never goes out of style. So I guess the question is what is your perspective on it?

And I know what you are thinking, you are ready to go out and read this novel all over again right? Great!

Just some food for thought from the fabulous VM productions.

So take care, enjoy a rare version 1975 of The Grand Inquisitor with John Gielgud produced by the Open University and we’ll see you next time!

The visual material – fair use – by VM Productions 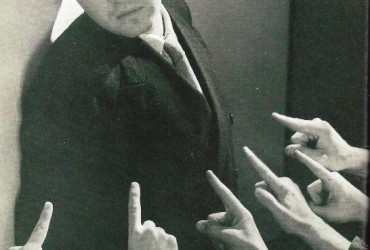 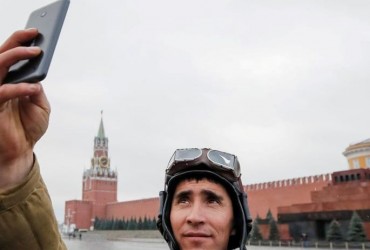 Next Article   Dostoyevsky: Isolation Before And After The Technological Revolution