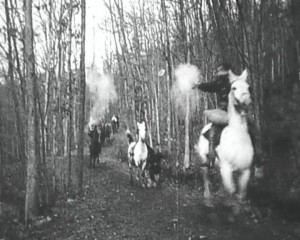 Screenshot from The Great Train Robbery (1903)

From the dawn of film to the present day, there is very little that has not been written about. Stories about cowboys, stories about aliens… Hell, stories about cowboys AND aliens; and, love it or leave it, there is one genre of films that has always been adored by aficionados and so- so movie fans alike: mafia films. And they. Are. Everywhere. Look up any list of “movies you should watch” or “top 100 films,” and all throughout every one of those, you will find them by the dozen, and for good reason!

What is it about mafia films that entrenches us, immerses us so deeply that we idolize everything about them: the good, the bad, and the (often really) ugly? This is such a multi- faceted question that the only way to answer it is to take examples from several cornerstone movies and break them apart. So, where then do we begin? I hope you know that this is rhetorical; there is only one place we could start when dissecting mafia movies. 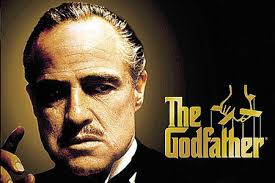 The Godfather. Wow. What a classic! Utter the words, and often the first response you will get is a poor imitation of Don Corleone (as portrayed by Marlon Brando) uttering his famous line of “I’m going to make him an offer he can’t refuse.” And I couldn’t tell you how many references have been made to that single line alone, which merely serves to show how much that film has seeped into our pop culture. But, I digress. Let’s turn our attention to the aspects of this movie that make it number two on the IMDB’s top 250 movies of all time (followed immediately by it’s sequel!). (http://www.imdb.com/chart/top) One of the overriding themes that is spun into this tale of crime, deceit, and passion for power. The Don has it, and everyone who isn’t the Don seems to want it—often bad enough to kill for it. Another recurring pervasive theme is violence, which is not portrayed in its typical glamorous light, but is rather shown as the disgusting, dark thing that it really is. So, maybe perhaps it is the gritty realism that makes this famous (or infamous) trilogy so awe- inspiring. Maybe the next examples will serve to shed light on this belief. Let’s see!

So, I know a lot of times people say that it is best to start strong and end stronger. Or, in this case, to put a good movie first and put a GREAT movie last. While I think that is a strong format, I think that all three of my choices are of a high caliber and each are just as impressive as the next. That being said, I definitely chose a perhaps lesser- known film for my second choice of dissection: Vitaly Sumin’s Shades of Day, which is based on the classic novella White Nights by Fyodor Dostoyevsky.

While Dostoevsky’s tale encapsulates an unrequited love that the nameless narrator has for a woman, and is often considered one of the most profound love stories of all time. While keeping the underlying theme alive, director Sumin was able to spin it into a much more grandiose tale that definitely resonates with the modern world in a way that I think Dostoevsky himself would appreciate.

This film, like the one I spoke of before, carries with it a similar gritty realism (while still having a sense of humor) and some of the same sorts of themes: specifically crime and deceit. So, is it possible that these recurring themes are what make these films so profoundly great, while maintaining a sense of realism? Let’s move on to the last example to find out!

To finish up my list of movies, I wanted to go with a powerhouse of a mafia film, one that everyone knows and anyone could have predicted would make the list… That’s right, it’s Brian de Palma’s Scarface! Written by Oliver Stone and starring the legendary Al Pacino (who was also in The Godfather), what’s not to love about this classic mafia archetypal film? Unlike the former two examples, this one tells the story about a refugee who starts at proverbial rock bottom and finds himself in a scenario where the only way to get out is to take over; and take over he does! In no time at all, Tony Montana (Pacino) has got it all—but also has a lot to lose, which quickly makes him an easy target for those who would topple his house of cards. A lot like the other two movies, this flick is an unforgettable tale of drama and suspense, while maintaining a gruesome sense of fidelity that can seem excessive at times. Nevertheless, it can be said that these films have truly paved way for one of the greatest movie genres of all time.

What, then, have we learned? Furthermore, what is it about these films that makes them so magnetic? What causes us to gravitate to them so easily? It could be the realistic nature of them that gives us something that we can relate to easily. Then there’s the fact that all three of them (as with many other movies within the genre) bring to the table stories of corruption, deception, and a certain insatiable lust for power? This too, cannot be overlooked. And, while these theories are sound, I have my own conclusion: that these are valid, however the reason that mafia films are so cherished and adored is because they have a couple key themes that a lot of other movies do not—love and family. Is it not so that in Shades of Day, the entire plot is based around being driven by love? Or, in The Godfather, where Don Corleone even says “A man who doesn’t spend time with his family can never be a real man.” And while family is not pervasive in Scarface, love is—the love of absolute power.

What does all that mean? Better yet, what does that tell us about ourselves? I like to think that it shows us that these are the things we value utmost. And, that’s a beautiful realization isn’t it? 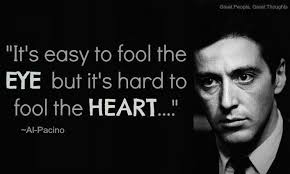