It has long been said that imitation is the sincerest form of flattery, and nowhere is that more apparent than in the entertainment industry. In a lot of ways, movies serve as an influence to us on the deepest of emotional levels. And while most films serve the purpose of entertaining, the truth is that every once in a great while, one resonates with us so deeply that we leave feeling perplexed, having been punched in the gut by excellent storytelling. These top- tier films are the ones that may not always be box- office breakers, but don’t need to be.

Prime examples of these include Eternal Sunshine of the Spotless Mind, Schindlers List, Goodwill Hunting, and A Clockwork Orange; even though the list goes on and on. The truth is that all of these movies left us with deep philosophical wonderings. In the same way that people used to turn to philosophers, now it’s often much simpler. So, it’s no surprise that certain philosophers of yester-year have gone on to serve as a major influence in today’s films. A prime example of philosophy in film.

One major example of this is the 19th century philosopher Fyodor Dostoyevsky (also spelled Dostoevsky). While you may not immediately recognize the name, I assure you that you too have seen his influence on the word around you. You might, instead, recognize the names of some of his most famous works, such as The Brothers Karamazov, Crime and Punishment, or Notes From the Underground. In the likelihood that you’ve never heard of these three tales, surely you have seen the influence they have had on modern storytelling and cinema.

2004’s The Machinist tells the story of a man named Reznik (played by Christian Bale), who lives a life of torment and sleeplessness for reasons he cannot recollect. This draws direct parallels to two of Dostoyevsky’s tales: both Crime and Punishment and The Idiot. In the former, the main character is barraged by constant guilt as a result of his own actions. In the end, it is his guilt that forces him to turn himself in. The major difference between Rodion (Crime and Punishment) and Reznik (The Machinist) is that in the beginning of the tale, Rodion is sure that his violent actions are justifiable, while Reznik cannot seem to even recall what it is he had done. In The Idiot, the main character, Prince Lev Nikolaievich Myshkin, is an innocent man who meets his polar opposite in a dark man by the name of Rogozhin. In a similar manner, Reznik is the incarnation of both of these men, acting polite and nice when with one person, and completely malicious when he is with another. Though the list of parallels goes on and on between these stories, it is made fully apparent by the fact that, in the movie, Reznik is seen reading The Idiot. 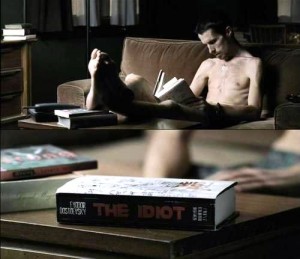 While this is just one example of Dostoyevsky’s ongoing influence in modern filmography, it is much easier to look at examples of his work that have been directly adapted to the screen. A prime example of this is in 2011’s Notes From the New World by Vitaly Sumin, which imaginatively takes the story Notes From the Underground and applies it to a modern- day scenario. Truly, this is a great example of modern takes on traditional stories, and is certainly one that has to be seen!

I truly could spend all day detailing every aspect of Dostoyevsky’s influence on modern culture as a whole; not just the film industry or the couple of films that we have discussed here. But, since I must go, let me leave you with some final words from the wondrous Fyodor Dostoyevsky: “Taking a new step, uttering a new word, is what people fear most.”

So, with that in mind, take a new step, utter a new word, and remember to love every day. 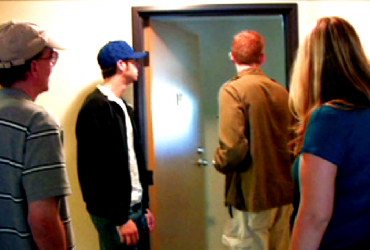 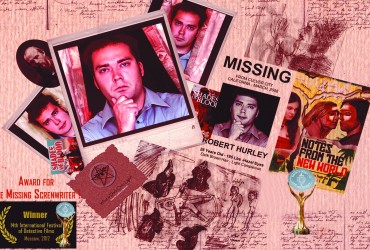