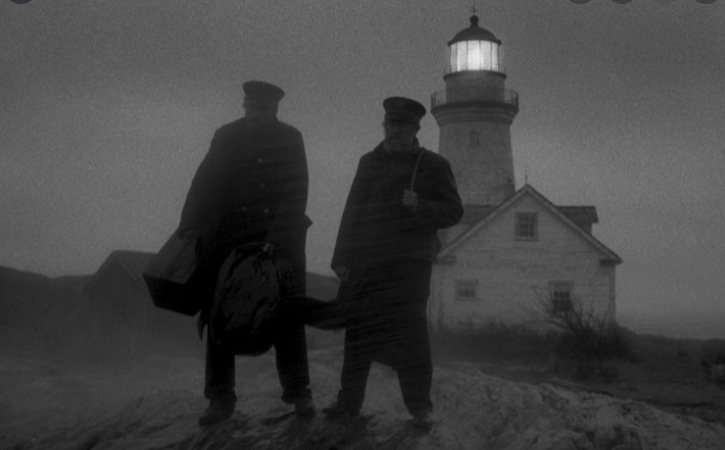 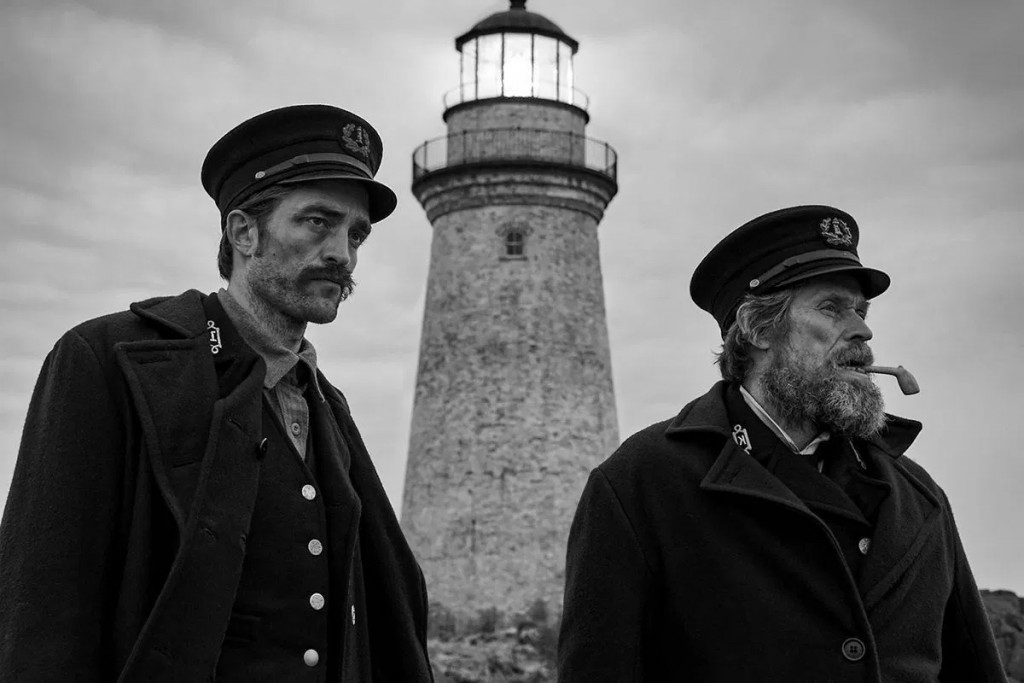 As the pandemic winds to a close, we get to enjoy the hottest, brightest days of summer. We are all finally reemerging into the world with scraggly beards and a vague sense of melancholy over lost time. While socializing may be a great part of our post-vaccine world, I am immensely grateful I weathered the pandemic without being stuck with someone. It’s great to have loved ones, but it’s necessary to have some space. The global spike in divorce, break-ups, and (most depressingly) domestic violence demonstrates that isolating with a mildly toxic person can quickly turn into a hellish nightmare. No movie illustrates the need for space in a toxic relationship more than indie hit, The Lighthouse (2019).

Abuse and Separation in The Lighthouse

Two “wickies” operate a lighthouse on a remote island, Ephraim Winslow (Robert Pattinson) and Thomas Wake (Willem Dafoe). They are alone and inseparably together. Deeply honest and completely two-faced. Best friends and bitter enemies. Like watching a lighthouse beacon spin from complete darkness to blinding intensity, so too does their relationship cycle from homoerotic companionship to murderous rage. Without diversions, they lack boundaries. And without boundaries, they driving each other to their psychological limits.

As Jean-Paul Sartre said in his play No Exit, “hell is other people”. Or more specifically, as a member of a social species, only by the presence of the Other am I “put in the position of passing judgment on myself as on an object, for it is as an object that I appear to the Other,” (Boersma, 2003). If The Lighthouse (2019) had only starred Robert Pattinson, it would be a tension-less film about some lonely weirdo who jerks off to mermaid carvings. But as soon as we introduce a second person, a self-concept emerges. When we know someone is watching us, we judge ourselves through their eyes. Immediately, we build walls around our personality to protect our idiosyncratic mental vulnerabilities from others by following social norms. But when that second person is manipulative and persistent, we slowly lose the defenses keeping us content and self-assured. 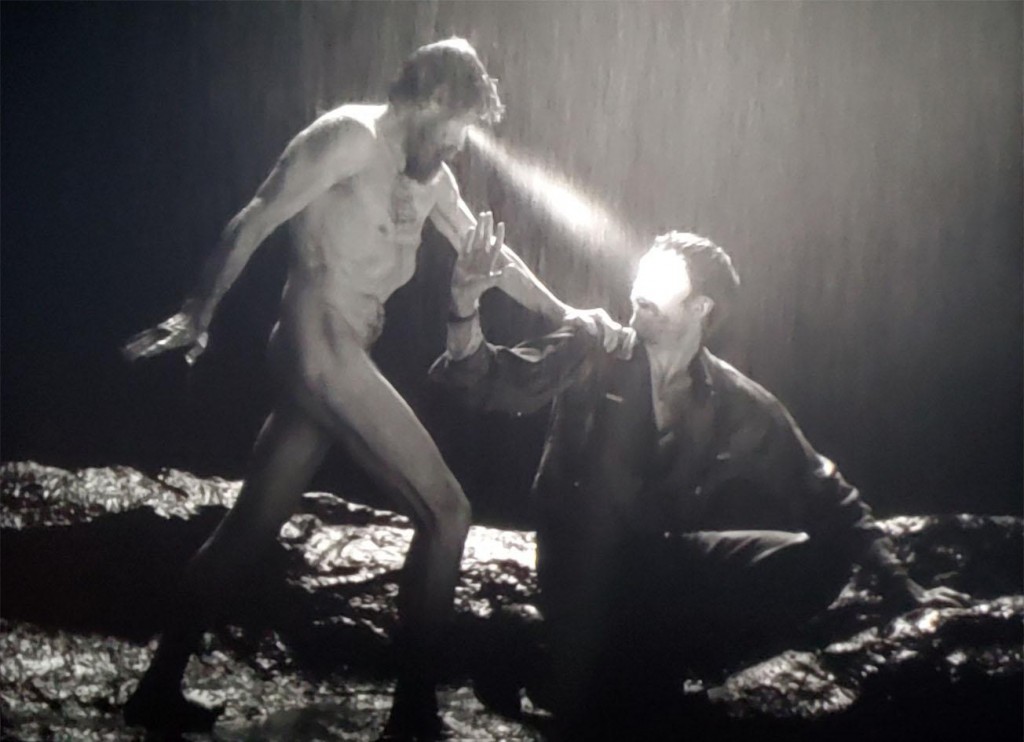 Which would hurt your eyes more? The blinding lights or the sight of Willem Dafoe’s junk?

The Gods Must be Crazy

The ultimate abusive relationship is between a god and their creation. God, be it the Abrahamic conceptions of a single Creator, or gods, like those of Greek and Roman myth, are fickle and cruel with their playthings. The Hellenic gods would kill, vaporize, monsterize, and pulverize people on a whim. But the Puritanical God of Abraham formed an imperfect species, judged them for their imperfections with an Orwellian watchfulness, and then plans to torture their immortal spirits forever over mortal sins. Through the film’s surreal imagery and symbols, we see Thomas Wake framed as that judging god. Proteus, a god of the sea and keeper of knowledge. Hypnos, assaulting Ephraim with his mesmeric light-beam eyes. Odin, sending his one-eyed bird as a spy. Zeus dispatching seagulls to peck out Ephraim’s liver. The gods of this film hold nothing back.

Of course, Ephraim presumably deserves this abuse as he is actually a murderer. Originally named Thomas Howard, he killed and stole the identity of Ephraim Winslow. This false Ephraim Winslow chose to go to the lighthouse to escape his punishment. While Ephraim Winslow/Thomas Howard is certainly guilty of murder, it is difficult to tell whether Howard is a drunken madmen throughout the film or the victim of Thomas Wake’s sadistic gaslighting. Frequently we see Wake gleefully lie, confuse, and slander, and Wake admits to falsifying reports on his previous wickie, too. But since the film is largely from Howard’s point of view, these scenes could also be Howard’s paranoid delusions. 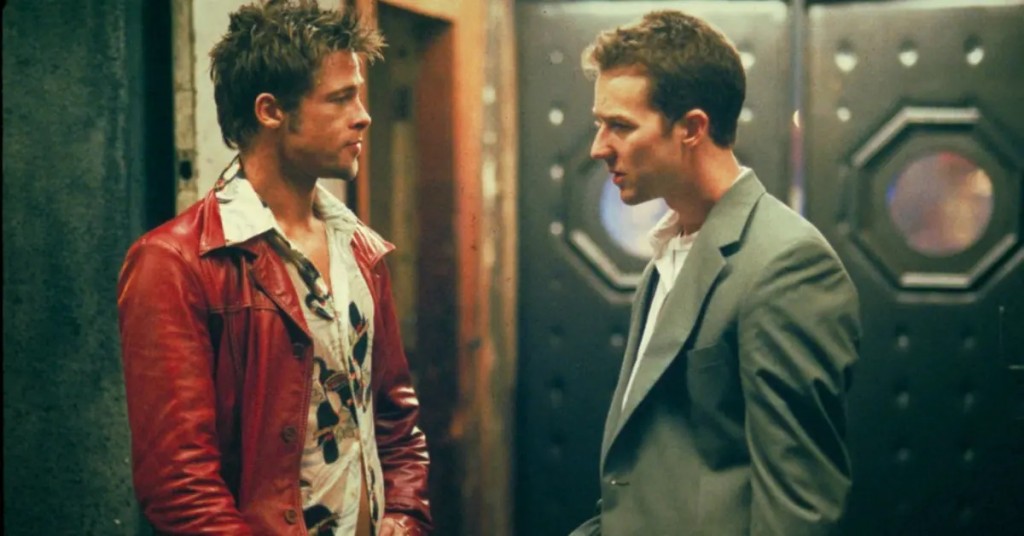 Uh oh, not this guy again…

Speaking of delusion, the coincidence that Thomas Wake and Thomas Howard (aka Ephraim) share the name “Thomas” has interesting implications. Thomas Wake and Thomas Howard could be two psychological aspects of on one guilt-ridden mind. Thomas Wake represents the overzealous superego eager to punish; the original Ephraim Winslow represents the “murdered” ego (i.e. ego death); and Thomas Howard represents the uncontrollable id, losing grip on reality. Paradoxically, the judgemental Thomas Wake was the only force restraining Howard and protecting him complete self-annihilation. As the Underground Man from Note from the Underground makes clear: humans do not act predictably to our own self-interest; we will just as often destroy ourselves, just as Robert Hurley (the missing screenwriter) may have destroyed himself.

Vitaly Sumin is another man who acts in defiance of powers unseen. As a maverick, Vitaly creates films true to his artistic vision. And despite the inauspicious disappearance of his screenwriter, Robert Hurley, Vitaly and his crew forged ahead. They turned their impromptu investigation into a strange and fascinating film called Dostoevsky Reimagined: The Making of Notes from the New World – BTS (behind the scenes). The film is currently in post production, so sign up for our Behind The Scenes newsletter. And donate whatever you can to From the Heart Productions if you want to see how it all ends…

Want to know more about VMP Films‘ Dostoyevsky-Los Angeles Project and about the films we make? Want to participate in our projects? Sign up to get tickets to the premiere of our movie (currently in post production), Dostoyevsky Reimagined-BTS and grab our FREE e-books !

Boersema, D. (2003). Peirce and sartre on consciousness and the ego. Philosophy Now: a magazine of ideas. https://philosophynow.org/issues/43/Peirce_and_Sartre_on_Consciousness_and_the_Ego.

After graduating from Washington University in St. Louis with a B.S. in Psychology-Neuroscience-Philosophy and minors in Film and Writing, Theo went on to work as a copywriter for several non-profit organizations in St. Louis including TEDxGatewayArch. He transitioned to providing script coverage for a producer, moved to LA, and subsequently started providing freelance script coverage. Theo now creates content for VMP films. In his spare time, he writes screenplays, bakes, and takes care of his plant, Paul. 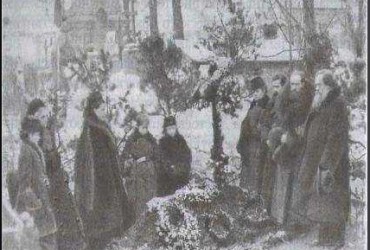