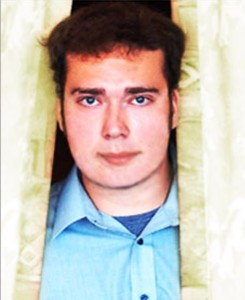 When Robert Hurley disappeared, the journal found in his apartment raised serious questions about the life he had been leading. Journal entries suggested he had become involved with a prostitute and the Russian mafia. But was he really?

Hurley was a gifted story teller, evident from the scripts he had produced for VM Productions. His work had obviously impressed director/producer Vitaly Sumin enough to contract Hurley to write the Notes from the New World (Notes) script.

These entries about a secret society, the prostitute Hurley allegedly fell in love with, and the Russian mafia, were so out of the normal realm of most people’s lives that one has to wonder; were these real life events or merely products of Hurley’s fertile imagination.

After Hurley disappeared, even some of the cast and crew expressed their doubts about the validity of the journal entries and even about Hurley’s disappearance, which you can see in part of this clip.

In the clip you also hear Colin Walsh, first assistant director for Notes, talking about men who visited him at his home, placed a bag over his head, assaulted him, and told him, “stop doing what [he] was doing.” Walsh eventually left the production before the film was completed.

If we take Walsh’s experience as proof that the events in the journal are, in fact, true then we should take a serious look at the information Hurley left about the he alleged cult, Dark Onto Light. He left behind drawings and references in his journal but he also created a webpage where he outlined the origins and history of Dark Onto Light. But his webpage raises a few questions too.

The only page coming up on this subject in a Google search (besides VM Productions references to Hurley and my own blogs on the topic) is Hurley’s webpage. If this cult really exists, one would assume there would be other references to it out there.  Then there is the questionable information he gives on his own reference page. 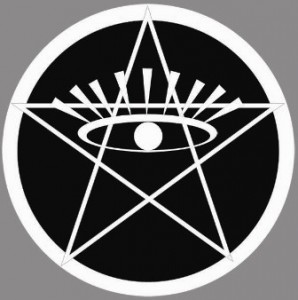 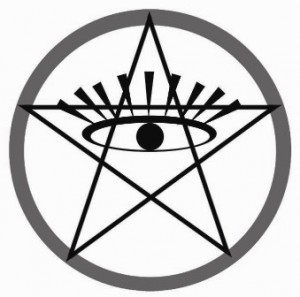 The B.C is important here. This indicates he is using the dateline commonly used in Julian and Gregorian calendars. This timeline is based on the conception or birth of the Christian Savior, Jesus Christ. B.C. is used to denote the years Before Christ and A.D., the abbreviation for the Latin phrase anno Domini which means in the year of our Lord, is used to denote the years after Jesus was born. There is no year zero on this timeline. 1 B.C. is followed by 1 A.D.

Now, knowing this, let’s look again at the very first information Hurley gives about Dark Onto Light on his webpage. He shows us a wall carving of the Dark Onto Light cult symbol and dates it at 2700 B.C. but then says the cult it represents wasn’t established until 800 years after this symbol was carved.
As I tried to delve deeper into Hurley’s origins story of Dark Onto Light I was finding some odd references. As I searched online for the people and places involved in the creation of this cult, curious reference pages kept coming up. Many were in reference to Role Playing Games (RPG).
Is is possible Hurley was involved in a role playing game that centered around the idea of a Satanic Cult? Was his journal just a game guide? If this was a RPG how do we explain the phone calls and visits other people involved with the movie experienced. The more I research this topic the more questions I have.
If you have any information which could help us solve the mystery of Robert Hurley’s disappearance, please contact VM Productions. It is our hope to one day solve the mystery of The Missing Screenwriter and #HelpFindHurley.

Previous Article Vitaly Sumin: Life, Dreams, and Perspective
Next Article   THE TEN QUESTIONS ASKED OF DIRECTOR VITALY SUMIN DURING THE MAKING OF NOTES FROM THE NEW WORLD