Why are you here, in LA?

“The City of Angels,” also called “The Capital of World Entertainment,” boasts a unique concentration of technical facilities (studios, labs, equipment rental houses, etc.) and an enormous pool of talent and skilled technicians who have come here from every corner of the world. Many of these facilities stand unused much of the time and only a small portion of the technicians and talent is employed full-time in the industry — thus rendering them available to work on a freelance basis.

Click on the picture to get the Free Book!

What do you think about fate? Is there a place for hope in our modern society?

Well, I believe whatever we have in our heads comes from somewhere and sooner or later could be realized. People dreamed of flying from the dawn of history and now nobody is surprised by airplanes, etc. The technical possibilities will evolve to fantastic levels we cannot imagine right now. 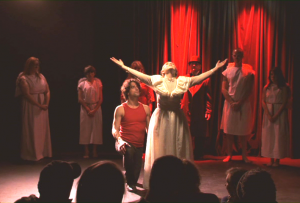 Still from “Notes from the New World”.

I wouldn’t want to live in the past and we cannot live in the future–unless we create it in our books or films or other art forms. Most people are the slaves of time they live in. Still, Humanity slowly moves forward by discovering the laws of the Universe and the truth about itself. The bottom line, as far as I’m concerned: it’s much better to live in the present than in the past. Right now we’re part of a global world and have more possibilities to learn about ourselves and each other than the people of the previous generations. So unless Humanity destroys itself along the way–let’s hope it wouldn’t happen-–in another thousand years or less the world might become ONE, to paraphrase John Lennon’s song, “Imagine.” But then again there could be other wars–in space, for instance, as the visionaries of sci fi cinema and literature show us. All in all, despite the progress on a variety of levels, our biological nature hasn’t changed too much since homo sapiens began to populate this planet. But thanks to our common humanity there’s room for hope, perhaps more now than in the past.

Have you ever thought to write a book or to make a film of your life?

Each creator–whether we’re dealing with the medium of literature, music, cinema and so on– creates only one Work where his or her individual creations represent the chapters. Combined together these chapters constitute the mirror reflecting, one way or another the creator’s personal experience. Consequently, we can say that all my movies, scripts, plays, librettos, and books taken together represent the story of my life..

Everyone has his own Dostoevsky. What is your Dostoevsky?

Well, to begin with, although I understand that you didn’t mean it literally–not everyone has read Dostoyevsky—but Fellini said somewhere–I’m citing from memory now–that it’s enough for him to see a woman wearing nice clothes walking through the streets of Rome in order to comprehend the entire history of Italian art.

To sum it up, like the Greek, biblical, Shakespearean, and other great universal myths, the discoveries of Dostoevsky represent for me eternal sources beyond their context of 19th century Russia. 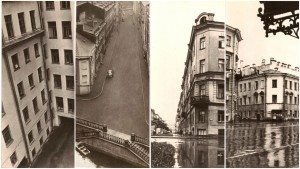 I would say he’s one of the prophets of postmodernism because his tales predict the major cataclysms of our time.  For that reason they’re particularly suitable for modern cinema adaptation.

Stills from “Notes from the New World”

To what extent do you follow the original books in your films?

Personally, I’ve never been particularly interested in the exact recreation of stories by classical authors, including the appropriate attributes of the corresponding historical time involved. With all my respect and admiration for the great writers, I believe that as human beings we’re all equal–some of us simply serving as mediums for “the voices” that help to discover the laws of the Universe. A potential writer must take the next step and have enough force and self-discipline to translate the “call of the voices” to the medium of literature.

Consequently, each classic work of fiction represents for me, technically speaking, a myth serving as a template for the exploration of our own age. If I’m touched and inspired by a classic story, the discoveries I make during the writing of its contemporary version give me enough enthusiasm to complete the draft.

You were born in the building located in the front of Dostoevsky’s apartment—now a museum–where he wrote some of his great works. How does this fact influence on you?

Well, to begin with, I was certainly aware of the whereabouts of both buildings on Kuznechny pereulok of St. Petersburg. Despite this fact, although I lived very close to Kuznechny and walked by it hundreds of times at least, somehow I’ve never associated these two locations in my mind.

A couple of years ago  I was invited by the prestigious St. Petersburg’s Festival of Festivals to show my movie Shades of Day, inspired by Dostoyevsky’s novel White Nights. It happened that the festival was taking place exactly during the fairy-tailish White Nights that occur in that part of the world! The screening took place in the theater Rodina where, accompanied by my mom, I saw for the first time in my life a real movie, a Soviet adventure film for kids. This theater–one of the few palaces of the golden years of cinema in St. Petersburg still in operation–is located in the approximate vicinity of Kuznechny.

So after the presentation of the movie and the party late that night—that white night!–we had the pleasure of walking through the streets of this great and strange city. That’s how we found ourselves in Kuznechny, between the two buildings. Since then I’ve come to rely on such coincidences rather consciously.

To answer your questions, I think both Dostoyevsky and yours truly were influenced by St. Petersburg. It’s a unique city, established in 1703 in the middle of the Nordic marshland. Peter the Great spent a fortune to build from scratch his “Window to the West,” this northern Palmyra, the beautiful, new capital of the Russian state. Considering Peter’s westerly orientation, it comes as no surprise that it was designed primarily by famous Italian and French architects.

The contrast between the old continental, patriarchal Russia and this mirage of a northern capital–“the beautiful island,”–was enormous. It inspired creativity in all its forms. Most of the revolutions in Russian art, literature, science, philosophy, and politics were initiated there.

One hundred and some years later after St. Petersburg’s inauguration, it became the city of Fyodor Dostoyevsky, considered by some to be a modern Nostradamus. We’re talking about a prophetic writer whose psychological penetration into the deepest recesses of the human heart had a profound influence on 20th and 21st century culture.

To sum it up, most probably, I wouldn’t be who I am without the initial influence of the city of dreams–St. Petersburg. 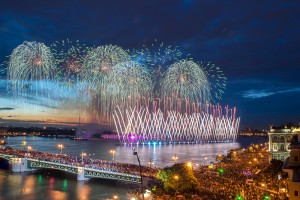 Can you compare LA and S. Petersburg?

Both are cities of dreams. At least for me.

I graduated from Plovdiv University "P. Hilendarski" - diploma in Bulgarian Philology; minor - English. For many years already I’m working as a teacher. In addition - being a freelance journalist, I’ve published a lot of interviews with the exciting personalities. I’m also a published poet: "Shades" (Нюанси), 1994, "Lord of the senses" (Бог на сетивата), 2005, "Pitcher"(Стомна), 2014. My fiction in Bulgarian, Serbo-Bulgarian and Russian-Bulgarian appears periodically in the numerous publications. I am a member of the Union of Independent Bulgarian writers. My hobby is painting 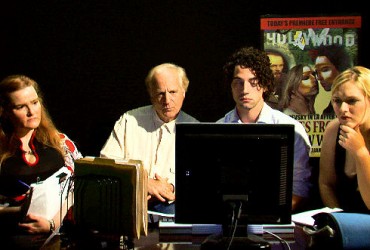 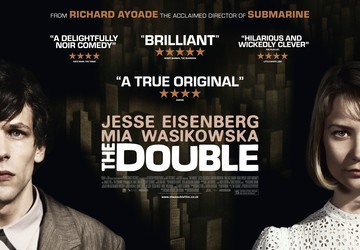