Do you describe the word “Boss” as something “really cool” or as the “jerk in charge”? If it’s the latter, there’s a chance you’re either an employee at Dunder Mifflin Paper Company in Scranton, PA. On the other hand, you could be living Dostoyevsky’s philosophy of life and the suppression of our free will. When reading Notes From the Underground, there’s this cringe-worthy feel that parallels to the day to day life of NBC’s The Office. We watch employees scraping by their grueling 9 to 5 duties that come with the typical corporate environment; all while enduring the problematic, abusive, self-centered actions of their boss, Michael Scott. From that description, you might think that Michael and the Dostoyevsky’s Underground Man are one and the same: spiteful, self-loathing, and antagonistic.
Well, they are… except this is Michael Scott.

Despite the happy-go-lucky, childlike exterior, Michael Scott constantly feels burdened by work responsibilities and fears the alienation that comes with it. This is not to say that The Office is a modern adaptation of Dostoyevsky’s work. Yet, it does contain the social themes from Notes from the Underground.  At every moment, Michael Scott presents himself as the best boss in the world by telling his employees and audiences less functionality and less conscious choices are best for the workplace.

“I knew exactly what to do. But in a much more real sense, I had no idea what to do.”

Similarly, Dostoyevsky channels his spite and dislike for society’s enforcement of common goals (financial security, family, college, etc.) strips people of their abilities to exercise free will. It’s this unreliable narration and cynical tones from these know-it-all men to truthfully investigate ourselves better and wonder “Is college just to get a job?” or “Will hitting my quota by the end of this week get me a promotion?”. To Dostoyevsky and Michael Scott, the best answer to our success is to freely strive without social pressures and perhaps, take a 2-hour lunch break at Hooters.

To summarize Notes from the Underground, we follow a 40-year-old unreliable narrator living off his inheritance after doing civil service. He is a man of hyper-consciousness: small, sad, angry, self-loathing, and wants everyone to be as miserable as he. Michael Scott, also 40 years old with hyper-consciousness, is small, naive, insensitive, and wants everyone to avoid duties. According to Dostoyevsky, we think society is made up of laws of nature that allows us to be able to predict what we will do, think, and want for our future. For Michael Scott, there’s no predicting or planning for point A to point B. Point B will happen simply because he’s the “World’s Best Boss”.

As our modern Underground Man, Michael fears the lackluster life that comes with cubicles. If his office were to continue like this, he predicts, everyone will hate their job and the company will fail. As a result, there are 15 parties a week and a meeting/ game/ intervention/ party/ cake-eating event every hour. He unintentionally harasses his employees telling them that they should take long breaks, party, or take part in a relay for rabies. However, many of his employees constantly go against his pursuit to achieve their own interests: getting out of work by 5 pm and getting a raise. As aggravated the employees are by Michael, they motivate themselves to get work done. Just as the Underground Man shows his dissatisfaction in grueling social responsibilities, Michael tries to avoid responsibilities by influencing his employees to do the same.

“That was offensive and lame. So double offensive. This is an environment of welcoming and you should just get the hell out of here.”

We’re constantly reminded of the social ladder in life that, when climbed, will achieve a ladder of success. This above ground reality has a strenuous climb: Michael and the Underground Man choose to ignore laws. They would rather endure the consequences by suffering people’s distaste in their actions or rather their personality.

As an audience, we find Michael Scott funny and ridiculous for believing in his “fun-filled” corporate utopia. But in the show’s reality, he bribes, makes insensitive actions, verbally abuses everyone, has to be the center of attention, says “That’s what she said” too many times, and whenever he’s about to get in trouble, throws anyone else under the bus. Not to mention he also tries stealing credit for everything, even when it doesn’t involve him whatsoever. He only does nice things for people because of the attention it garners him. Despite all the trouble raises from these traits and suffering he inflicts upon himself; it sticks true to his philosophy for success by continuing to freely do whatever pleases him.

“Would I rather be feared or loved? Easy. Both. I want people to be afraid of how much they love me.”

Michael’s only fear is abandonment which is why he will never run a workplace that reflects the mundane environment we usually picture for offices. He and the Underground Man say our social flaws could be fixed through less work and by just focusing on what we care about. For Michael, it’s Dunder Mifflin Paper Company and his lover. Unlike most of us, money, jobs, education, housing are not important to his future. Even though we fear of having Michael Scott’s negative attributes, Michael reflects our real fear of not having anything to love or love us back.

There are still Michael Scotts and Underground Men in the world who live in spite against companies and the way society rolls. Even in our film Dostoyevsky Reimagined: The Making of Notes from the New World BTS, we see explore the disappearance of Robert Hurley who embodies the suffering of Michael and Underground Men as well. But to us, their beliefs are not something that we should not get rid of in order to succeed. If anything, their journeys remind us that our goals are not defined by how high we climb the social or corporate ladder. As humans, we can enjoy having a cubicle using spite as our way of accepting reality’s cringe-worthy yet hilarious moments.

Michael has a strong belief for freedom in a corporate environment that makes him the manager he is. With his positivity, he ultimately makes good salesman, cherishes his innocence, wants freedom for the company, values co-workers, and sees potential in others. Michael, our modern Underground Man, knows that he will consciously act against what society says just because he can. 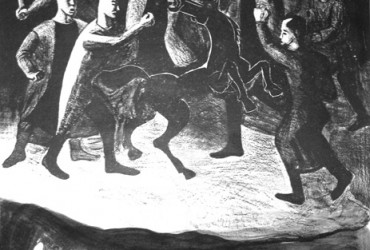 Previous Article Dostoyevsky: Isolation Before And After The Technological Revolution 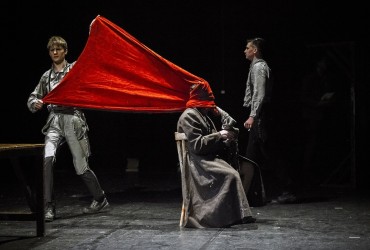 Next Article   “THE GRAND INQUISITOR” RECONSIDERED