Big changes have been going on with VM Productions, as those who follow our Facebook page are well aware.

has departed (along with a few other team members) in a sudden exodus. The rest of the team has rallied, but this isn’t the first time something like this has happened.In fact, the entire production of Notes From The New World has been dogged by strange departures, bizarre disasters, and always plagued by one unsolvable mystery. I am of course referring to screenwriter Robert Hurley, who vanished (along with the shooting script for Notes, as reported by Shari in her investigations). He still has not been found, and no trace exists.

Was this disappearance due to ties with the Russian mob and love for a prostitute gone horribly awry? Or is there some connection to the cult Hurley wrote about (and that seemed to hang over the production of Notes, infecting even those who had previously never heard of it)?

This story is by no means over, even though filming has finished and we are deep into post-production. The day before Shari’s departure from the project, director Vitaly Sumin mentioned that someone had attempted to hack into the VMP panel, which would have allowed them access to all our data and notes. They were thwarted, but the attempt still adds a sinister note to this work. Why would someone try to get into the panel? Was there information about to go live regarding Hurley that someone didn’t want to see the light of day?

Shari’s abrupt departure coincides with her delving into the mystery of Robert Hurley, trying to piece together the few clues left behind by the screenwriter. She exhaustively studied his notes, the script, and the strange circumstances surrounding his disappearance. Her own sudden withdrawal from the film coincides with two other members leaving as well — all seemingly unrelated, except for the timing and strange circumstances.

Maybe this is all a lot of worry over nothing; people leave film productions all the time… right? Maybe Hurley’s disappearance had to do with personal problems, and his notes and stories were nothing more than the paranoid fantasies of a troubled writer. But I don’t think so. There’s something else at work here — someone or something that has been plaguing this production since day one.

I’ve expressed my concerns to Vitaly, who is completely immersed in the efforts of post-production and development. As the new Supervisor and Creative Director, I have to admit I’m curious (especially after listening to these voice messages… play them here). I want to understand why passionate, committed people suddenly left production. I want to uncover the mystery of Robert Hurley, and decipher his notes. I want to answer all the questions that have been asked in the wake of his disappearance.

With this goal in mind, I asked Vitaly’s permission to go through Shari’s notes on the matter, and to investigate all the accumulated data on what happened. He wholeheartedly supports my continuing of this investigation.

We sincerely wish Shari and the rest of the departed team members the best in their future ventures, and thank them for all they did. In particular, Shari’s notes and investigating savvy will prove an invaluable help as I pick up where she left off and begin my own research.

Hey, I’ve always loved detective stories — maybe this is my chance to solve a real-life mystery!

Be sure to visit us at home and sign up for our newsletter at Dostoyevsky Reimagined: The Making of Notes from the New World 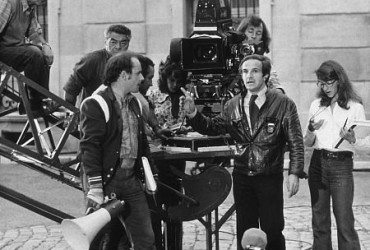 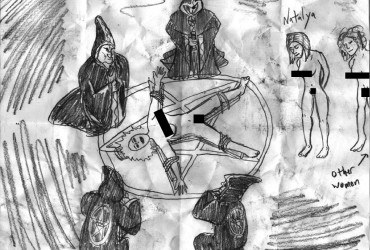