The curious nature of Hurley’s disappearance continues to raise more questions than answers. In my last blog, I wanted to figure out the connection between Dark Onto Light and the Russian mafia. If you recall, Hurley and Natalya (i.e. the call-girl) had some insight into the mafia’s involvement with the cult. However, Hurley failed to disclose many details pertaining to the activities of their criminal organization. The original shooting script of Notes from the New World might have been the only source for relevant information, but that is also missing. So what information can we use?

In his journal, Hurley revealed that the cult performed rituals once a month. In ancient times, members of Dark Onto Light sacrificed women (i.e. the givers of life) by drinking their blood. During the ritual, the women died from blood loss. After thousands of years, the cult continued its tradition, but its religious attitudes had changed ever so slightly. Indeed, Hurley described what he witnessed during the sacrifice, but he never explicitly stated that he saw the woman bleed to death.

In today’s world, it would be more difficult to get away with murder. Because the cult has succeeded in keeping their activities private, one would assume that they have a lot of power and a lot of resources to evade attention from both the public eye and the authorities. Hurley might have been a hurdle to their organization, but his supposed kidnapping was so meticulously covered up that it would be hard to prove their existence.

To get a better understanding of Hurley’s disappearance, lets focus on the women who were unwillingly subjected to the cult’s rituals. Technically, these so called “prostitutes” would also be missing under suspicious circumstances.

In terms of public knowledge, over 2,000 people (adults and children) go missing every day. There are, of course, different classifications for missing persons: “lost” (i.e. a person who has strayed away), stranger abduction, catastrophe (e.g. flood, fire, plane crash), etc… The most common form of missing person is “voluntary missing”, which means that a person has left on their own free will.

For the purpose of this investigation, I will use a process of elimination. The most relevant classification that I am interested in is “unknown circumstances”.

Luckily, I was able reach out to a few friends who have access to the Los Angeles Police Department database. I narrowed my search down to the female adult woman who went missing under “unknown circumstances”, and who was never found. Hurley went missing in 2009, so I focused my efforts on the year leading up to his disappearance – because we know for sure that the cult was active then.

I checked to see how many women had a Russian background and who led a transient lifestyle. Then, I extended the time span from 2009 to 2016 to determine whether there was a monthly pattern. Unfortunately, the frequency of relevant missing persons was quite sporadic. For a pattern to exist, there would have to be a relevant missing person around the same day of every month. Considering the lack of a pattern, it seems likely that the women involved in the cult are kept alive. In other words, the cult uses each and every subject (i.e. prostitutes) more than once. In this way, Dark Onto Light retains their privacy. But they would also need a lot of support to continue their charade. With a lot of money and a lot of power, would these mysterious people really need to hide in the shadows? Or do they hide in plain sight? Find out in my next blog. 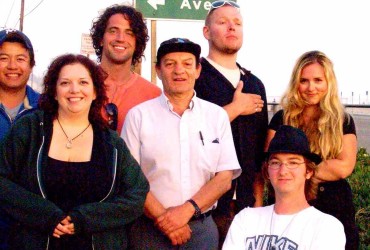 Previous Article TRIVIA FRIDAY (AND GIVEAWAY!): Let’s Talk About You 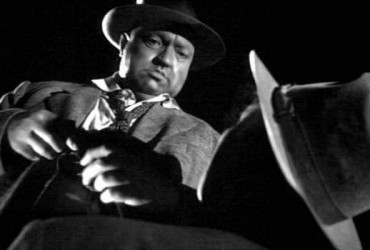