Home  /  BTS Blog • Dostoyevsky Reimagined  /  The Missing Screenwriter: What’s Not on the Menu

In my last blog, I suggested setting up a meeting with the mysterious man who claimed to have new insights on Hurley. I was somewhat skeptical of going into the meeting alone, since it’s possible that I could be walking into a trap. The next best thing was to meet in a public setting. I chose an early morning time at the Urth Cafe in Santa Monica. I waited about ten minutes before the informant sat down in front of me. I’m pretty sure he was there the whole time, surveying the area, watching me closely, and making sure I was alone. He was the first to speak. 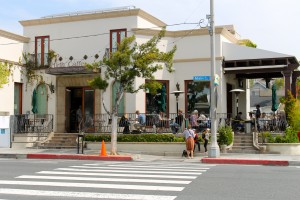 Based on our meeting, I was fairly confident that the informant wasn’t lying about who he was. First and foremost, he was indeed Russian. Secondly, his speech patterns suggested that he was angsty about his environment. I wanted to have the advantage, so I chose the location. In many ways, it seemed that he was wary about a possible ambush. He kept looking over his shoulder. The mere sound of a coffee cup placed on the table bothered him. The clanking of used dishes being collected made him lose focus. I could tell that he was a desperate man who was searching for his wife.

The informant also seemed to have lost interest in his own appearance. His clothes were shabby. Parts of his shoe were missing. His faced was disguised by what looked like a survivalist’s beard. The edges of his eyes were reddened by restless nights. The list goes on… The only thing that stuck out was his piercing blue eyes.

I asked him if he had information on Hurley. I was certainly surprised… He was able to give me perhaps one of the biggest pieces to the puzzle. As you know, there are many elements about Dark Onto Light that are unknown to the public. They value privacy more than anything else. They also wear cloaks and pointy capes. These costumes must come from somewhere, right? 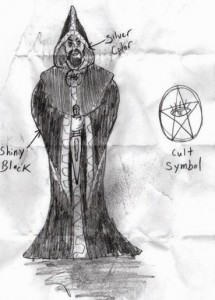 Cloaks worn by members of Dark Onto Light

There is a pizzeria on the Eastside of West Hollywood, which has a large Russian community. On the second floor of the building, there is a costume shop that is apparently associated with the cult. The only way to gain access to the costume shop is to order a special kind of pizza that isn’t on the menu. I asked about how he knew about such a code. He told me that he began his hunt by obtaining a cover job.

If you recall from my last blog, the man’s wife made a deal with the mob at a club in Russia. Based on what he told me at the meeting, the man not only confronted these people. There was a brief moment of opportunity in which the club owner stepped out of his office to speak with one of his henchmen. The desperate man looked for any clue. Any sign at all that would help him find his wife.

There was something. A book with art designs. Costume designs. More specifically, the cloaks used by members of Dark Onto Light. He also got a glimpse of numbers. Dollar signs. A look into their criminal organization. Dozens of addresses. The desperate man was unable to sear everything into his memory, but he remembered that many of the areas listed were grouped in close proximity, somewhere in West Hollywood and Culver City. 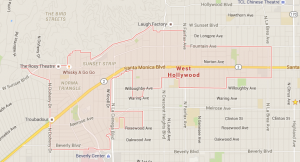 The man already had a bachelor’s degree from his time in college. When he arrived in Los Angeles, he decided to spend a couple of years educating himself further so that he could at least get a job as a low-level accountant. For two years, he used his skills to follow the money trail that he got a glimpse of at the club in Russia.

The pizzeria was the perfect front. As a regular customer, you could easily pick up on anomalies. If you were patient, you would eventually overhear someone ordering an obscure item that wasn’t on the menu. The clerk would reach under the desk and discreetly hand the special customer a key to the backroom. Two minutes later, a second person opened the door from the backroom, returning the key to its rightful place. But where did the special customer go? Our low-level account decided to leave the pizzeria and circle around the building. What he saw was a man neatly folding a long black cloak into the trunk of his tinted car. This confirmed his suspicions.

The pizzeria might have been just one anomaly that the accountant detected, but it was significant nonetheless. In next week’s blog, I will discuss the conclusion of my meeting with the informant. Stay tuned! 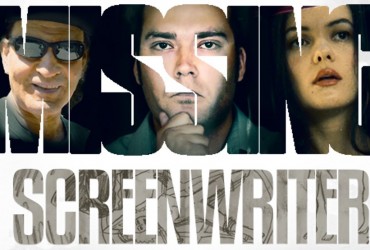 Previous Article The Missing Screenwriter: To the Breaking Point 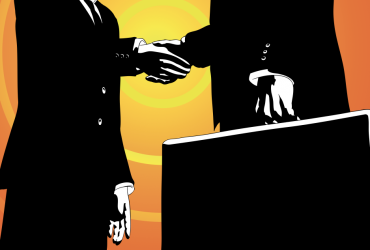 Next Article   The Missing Screenwriter: A Certain Code